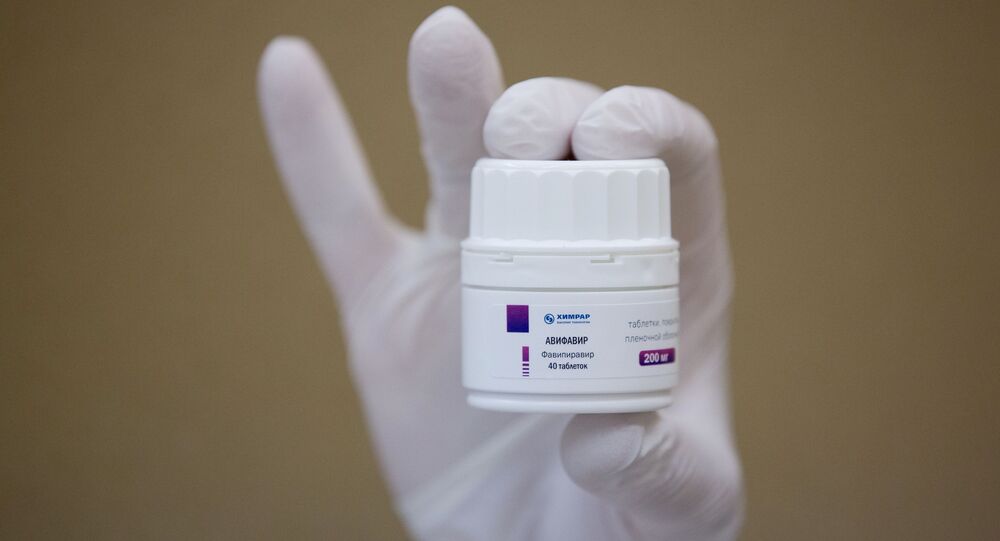 In late May, Russia registered the world’s first anti-COVID-19 drug, based on favipiravir, an antiviral medication. The medicine has been extensively used in Russian clinics to treat coronavirus disease since June, and has since been obtained by hospitals in Belarus, Kazakhstan, Bolivia and a number of other countries.

The Russian Direct Investment Fund (RDIF), the investor which funded the development of the world’s first vaccine against coronavirus, and Moscow-based ChemRar Group have agreed to supply the anti-COVID drug Avifavir to 17 countries.

After being first registered in Russia on 29 May 2020, it has already been used for COVID-19 treatment in more than 70 Russian regions and subsequently purchased by Belarus, Bolivia, Kazakhstan, Kyrgyzstan, Turkmenistan and Uzbekistan.

The efficacy of favipiravir against COVID-19 has been confirmed by Japan’s Fujifilm Holdings Corp, several months after Avifavir trials in Russia.

Avifavir as the Leading Anti-Covid Drug in the Russian Market

RDIF notes that in comparison to other Russian manufacturers of favipiravir, Avifavir has proven to be more effective when treating more than 400 patients, who fell ill with the coronavirus disease since April. The drug has now been approved by European, Middle Eastern and Asian regulators, becoming Russia’s number one anti-coronavirus medication for export.

According to RDIF, it is also a much cheaper option in comparison to Remdesivir, a favipiravir-based drug produced in the United States.

“When we registered the first anti-coronavirus drug in the world based on favipiravir, there was a lot of scepticism as people were wondering how we could register it when Japan had not registered it yet,” says Kirill Dmitriev, CEO of the Russian Direct Investment Fund. “Now five months after our clinical trials, we see that Japan has confirmed the clinical efficacy of favipiravir.”

The RDIF CEO stresses that apart from clinical trials which were conducted at 35 medical centres in Russia, Avifavir’s efficiency has also been tested by 940 patients in observational post-registration studies, which made it “the largest clinical trial of a favipiravir-based drug against coronavirus in the world”.

“Based on our extensive clinical trials and the research in Japan confirming favipiravir’s efficacy against coronavirus we believe that Avifavir and other favipiravir-based products will be the leading antiviral medicines against COVID-19 in the world,” Dmitriev adds. “In addition to proven efficacy and safety Avifavir is also three to four times cheaper than Remdesivir.”

According to the results of post-registration clinical trials, those patients taking Avifavir recovered more quickly from COVID-19 symptoms, as in 30% of cases the virus was eliminated at an early stage, while the level of oxygen saturation in the patient’s blood was also restored to normal two times more quickly than when traditional therapy was applied. No adverse effects from the drug’s use have been reported. Meanwhile, the third phase of clinical trials of the Japanese favipiravir-based drug Avigan also showed a shorter time of recovery among patients with non-severe pneumonia, according to the results published on 23 September.

RDIF, Russia's sovereign wealth fund, has also been involved in the development of the world’s first anti-coronavirus vaccine, dubbed Sputnik V, which was registered in Russia on 11 August. The country has now received a request for 1 billion doses of the vaccine from at least 20 countries, including the UAE, Saudi Arabia, Indonesia, Philippines, Mexico, Brazil and India.