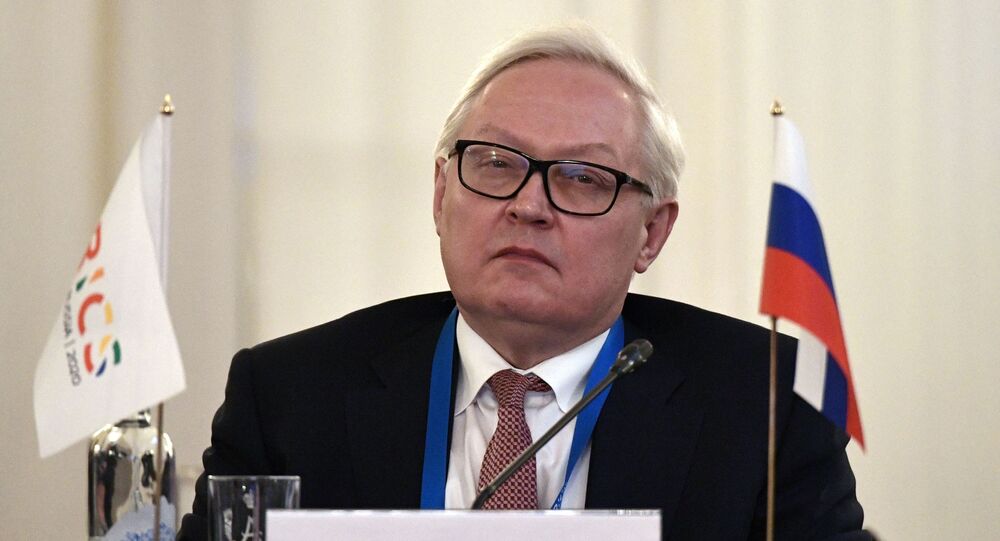 MOSCOW (Sputnik) - Moscow has agreed to a US proposal to extend the START treaty for a period of less than five years, but regrets the move and insists that a shorter period would be reasonable, Russian Deputy Foreign Minister Sergey Ryabkov said on Monday.

"We would prefer, of course, a five-year term. But if the United States is not ready for this — which we regret — then an extension for a shorter period is possible. But for a reasonably shorter one. If the New START extension period, to which the United States would be willing to agree, will be so short that during this time we will not be able to agree on anything serious with them in the future, it will be a bad decision. Although still, something is better than nothing," Ryabkov said in an interview with the Kommersant newspaper.

At the same time, he stressed that Russia would not pay "the price requested by the Americans for an extension even for five years, let alone a shorter period."

"We do not strive to extend the agreement at any cost. We want to try to agree on something else on a reciprocal basis, but so far, there is no such readiness on the US side. Therefore, by and large, there is no difference when we do not agree — right now or in some short period after the expiration of the current term of the New START," Ryabkov said.

The deputy foreign minister also noted that Moscow considers it inconceivable to strengthen control and verification measures in the New START, which was announced by US special envoy Marshall Billingslea, who earlier suggested that Russia and the United States needed to eliminate a "hole" on the issues of checks and data exchange in the New START before the conclusion of a new arms treaty.

"The New START verification regime has been precisely calibrated in accordance with the tasks that this treaty solves. This regime is sufficient to provide reliable confidence in what is happening, the Treaty provides predictability at a high level, and there is no reason to change anything in this area. It is simply impossible to imagine measures in this area that would meet the interests of our security. Accordingly, everything that Marshall Billingslea is talking about is a requesting position, which, in his understanding, should be implemented, since it meets the interests of US security, " Ryabkov said in an interview with the Kommersant newspaper, commenting on Billingslea's statement.

"We are ready to negotiate. But this is a very complex issue, many aspects of which require clarification. In any case, there can be no return to the practice that existed in the late 1990s and early 2000s. The current agreement meets the needs and spirit of the times. Under conditions when relations between our countries are very tense and there is no trust in them, such intrusive measures of control, which the US side speaks of, seem to me simply inconceivable," the deputy foreign minister stressed.

The administration of US President Donald Trump in every possible way is avoiding discussing the topic of withdrawing its non-strategic nuclear weapons from Europe, Ryabkov highlighted.

"The United States refuses to withdraw its non-strategic assets, that is, free fall bombs, gravity bombs, from Europe. They are not ready to eliminate the infrastructure where these bombs are located so that they cannot be quickly returned if a decision is made to return to European territory after a hypothetical withdrawal. They avoid discussing all aspects of our position on the need to get rid of this factor, which directly affects our security," Ryabkov said.

Trump's special envoy for arms control, Marshall Billingslea, said earlier that Washington was proposing to Moscow an agreement — before the New START expiration in February 2021 — within a framework document or memorandum at the presidential level in the field of arms control, which, according to the White House, should include a clause on China's participation in the development of a new long-term Treaty.

The US side announced that it was ready to conclude such a memorandum "tomorrow" and it would not require ratification. Billingslea said Russia should agree to the proposal before the US presidential election in November, otherwise, he warned, "when Trump is re-elected, the "admission fee" will rise.

Earlier in the day, Russia's ambassador to the United Nations, Vassily Nebenzia, said that Russia would find effective ways to protect itself if no agreement is reached with the United States on extending the New Strategic Arms Reduction Treaty, stressing that Russia hopes for the deal to be continued.

#Nebenzia to @rianru : Unfortunately, we see more and more evidence that behind the US🇺🇸 attempts to dismantle the system of agreements📝 in the area of strategic stability stands its eagerness to get a free hand in order to project and use force. @mfarussia

Russian President Vladimir Putin has invited the US to extend the crucial arms control deal, which expires in February, by five years with no preliminary conditions. Meanwhile, the Trump administration keeps insisting on getting China involved in talks in a bid to secure a new trilateral nuclear agreement.

US Backs Down From Proposal to Add China to New START Talks, Set Other Conditions, Moscow Says