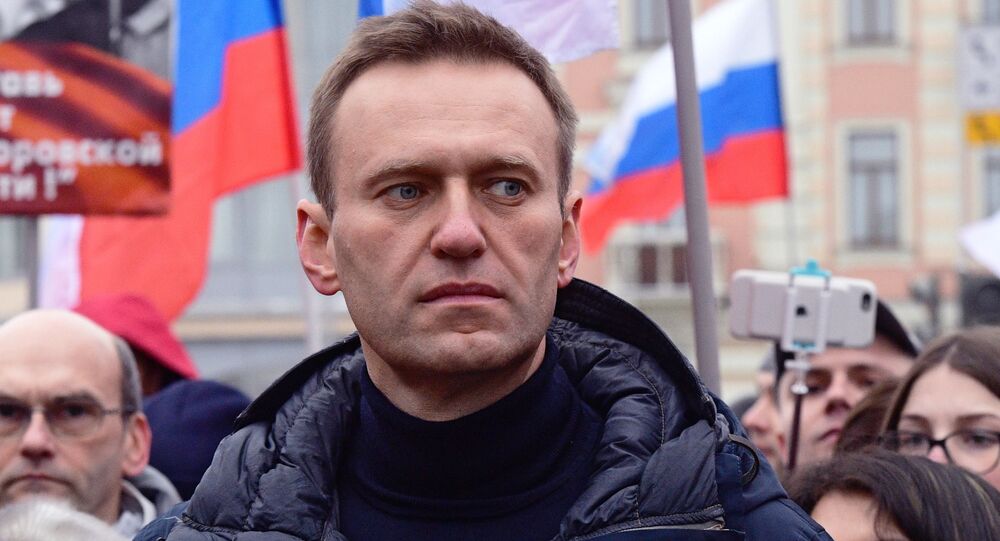 Kremlin Spokesman on Navalny: Any Russian Citizen Has Right to Return to Home Country

MOSCOW (Sputnik) - Commenting on Russian opposition figure Alexey Navalny's claim about the intention to return to his home country from Germany, Kremlin spokesman Dmitry Peskov said that any citizen has the right to do that.

"Just like any citizen of the Russian Federation, he has the right to leave Russia and return to Russia", Peskov told reporters.

Everyone would be "happy" to see Navalny recover, the Kremlin spokesman assured.

When asked whether staffers of the Russian presidential administration should hold a meeting with the opposition politician after his return, Peskov expressed the belief there was "no reason and no need" to hold such talks.

"So, I am sure that such a meeting will not take place", Peskov said.

The New York Times reported earlier in the day that Navalny, who is now undergoing treatment in Berlin, said he wanted to return to Russia and continue his activities there.

The politician fell gravely ill while on a flight to Moscow on 20 August. He was immediately taken to a hospital in the Siberian city of Omsk, where the plane made an emergency landing. Two days later, Navalny was transported to the Berlin-based Charite clinic for further treatment. Moscow said that the Russian doctors found no toxic substances before he was transported to Germany.

However, the German government said traces of a nerve agent from the Novichok group were detected in Navalny's samples. Russian authorities have asked for the official data on the lab results, but Berlin has refused to provide evidence to support the claims, stating that it is classified.