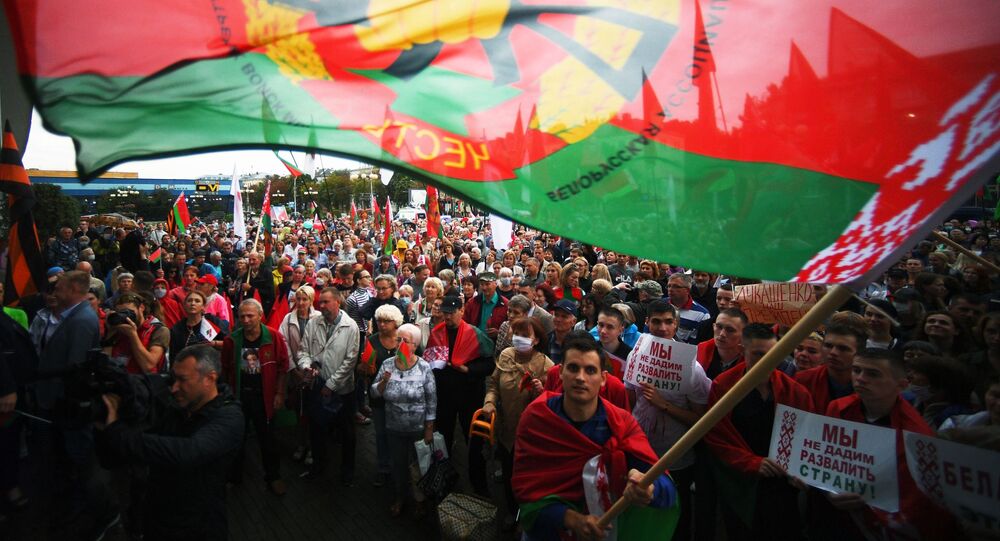 Belarusian President Alexander Lukashenko arrived in Sochi earlier in the day to discuss the situation in his country with Putin, amid mass protests in Minsk and other cities.

Russian President Vladimir Putin reiterated all the commitments between Moscow and Minsk, including the Collective Security Treaty Organisation (the CSTO) and the Union State.

"Russia remains committed to all of our agreements... we see Belarus as our closest ally, and we will certainly fulfil all the undertaken obligations, as I have repeatedly told you in our phone conversations", the Russian president noted during a meeting with Lukashenko in Sochi.

He also said that the Belarusian people should resolve their own internal issues without foreign interference.

"Russian Prime Minister [Mikhail] Mishustin has recently been to Belarus on a visit. He held serious large talks, which were successful in all fields where we interact and on financial issues. It was agreed that Russia would give Belarus a state loan of $1.5 billion in this difficult period", Putin added.

Lukashenko, in his turn, said that the mass protests should be discussed within the Eurasian Economic Union (EAEU), the CSTO, and the Commonwealth of Independent States (CIS), noting that Minsk should stick more with Russia.

"We have always stuck to this policy [of cooperation with Russia]. And the latest events showed us that we should be closer to our elder brother and work together closer, on the economy and other things", he explained.

A large-scale opposition protest movement has been ongoing in Belarus since August after incumbent President Alexander Lukashenko won the presidential election for a sixth term in office. The Belarusian opposition has rejected the outcome, claiming that the vote was rigged, resulting in mass protests across the country.