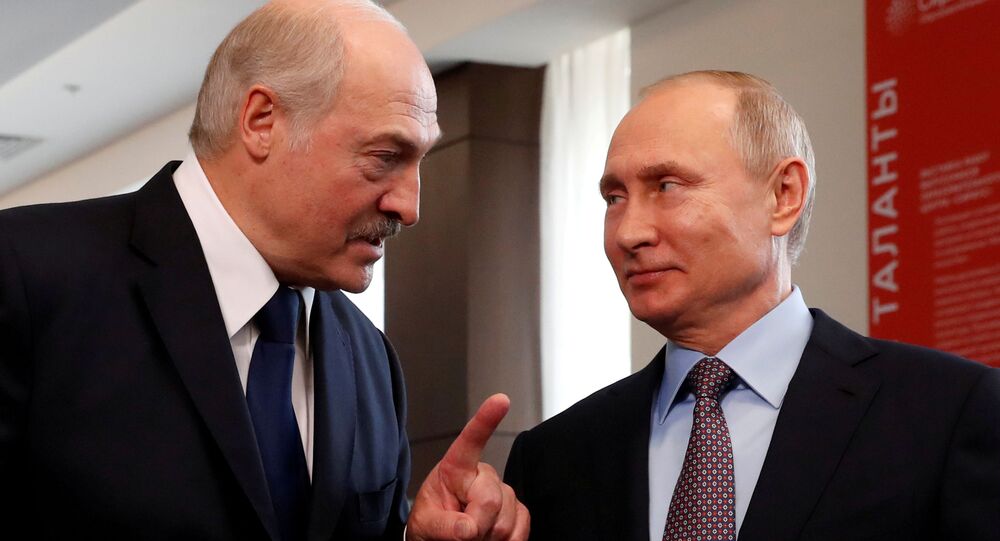 The meeting comes amid a political drama unfolding in Belarus in the wake of a presidential vote that sparked mass protests in the country as Lukashenko's opponents refused to recognise his victory. The president repeatedly said that the situation in Belarus is being destabilised from the outside.

Sputnik is live from the southwestern Russian resort city of Sochi, where Russian President Vladimir Putin is welcoming his Belarusian counterpart Alexander Lukashenko for a meeting that marks his first visit to the country since the eruption of protests in Belarus.

The two leaders are expected to discuss a wide range of issue including matters pertaining to bilateral relations and integration within the Union State of Russia and Belarus, amid other issues.

Not least importantly, the two heads of state will discuss the current situation in Belarus.

Belarus has been engulfed in protests since early August, sparked by the presidential vote result, which the opposition denounces, claiming that their candidate Svetlana Tikhanovskaya won the election. While the official results show Lukashenko garnered over 80% of the public's support, rivals claim that exit polls indicate that the reported results were wildly fraudulent.

Since the eruption of grievances, Putin and Lukashenko have held a series of phone conversations in which Putin agreed to put together a reserve of law enforcement officers to be deployed in Belarus, if necessary, under the Collective Security Treaty Organisation and the Union State Treaty.