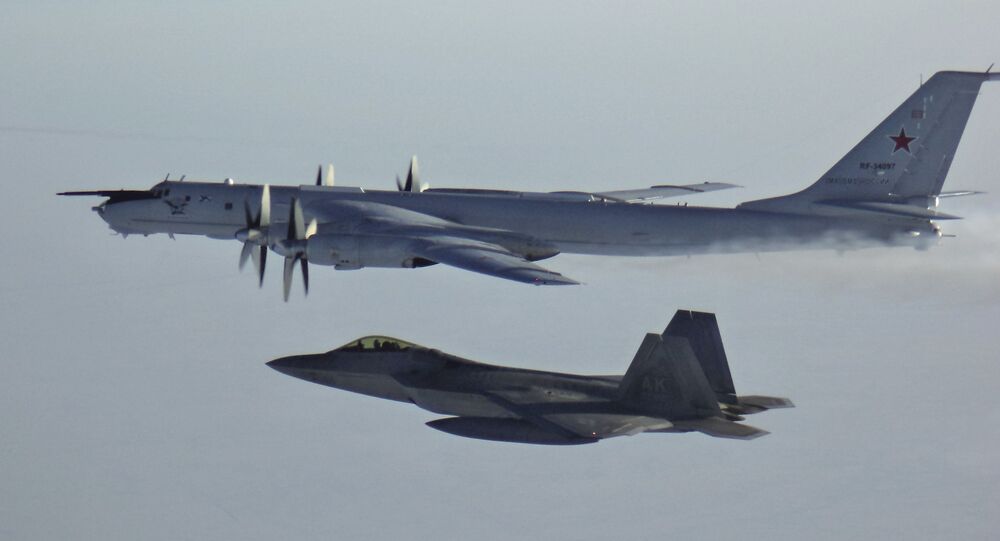 SEVEROMORSK, Russia (Sputnik) - Two Tupolev Tu-142 maritime patrol aircraft of the Russian armed forces have conducted scheduled flights above the neutral waters of the Barents, Norwegian and North Seas, the Northern Fleet of the Russian navy said on Saturday.

"On 12 September, two Tu-142 maritime reconnaissance aircraft of the Northern Fleet conducted scheduled flights above the neutral waters of the Barents, Norwegian and North seas", the military said.

The flight continued for over 11 hours, according to the press release.

© Sputnik / Press Service of the Russian MoD
Russian Su-27 Plane Scrambled to Intercept US Planes Over Black Sea
Fighter jets of foreign armed forces were shadowing the Russian aircraft at separate junctures during the flight, as stated in the press release.

The navy emphasized that the flights were conducted in full compliance with the international regulations on the use of airspace.