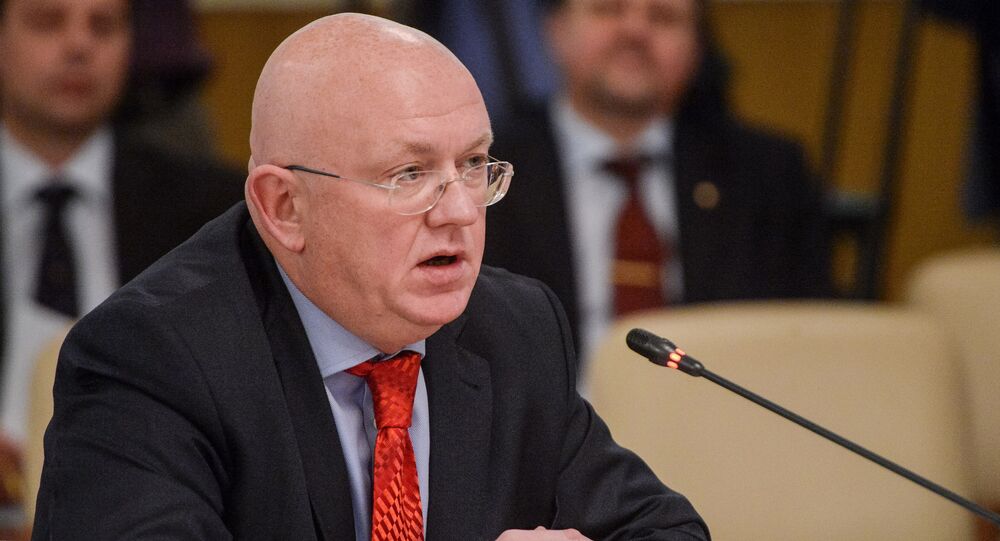 UNITED NATIONS (Sputnik) - Germany still has not provided any evidence to confirm that Russian opposition figure Alexei Navalny had been poisoned with a Novichok-type nerve agent that would allow starting an investigation in the case, Russian Ambassador to the United Nations Vassily Nebenzia said during a UN Security Council meeting.

“Any investigation should be preceded by evidence and by facts. Our law enforcement authorities do not have grounds to open an investigation. Our doctors did not find any chemical weapon substances in his [Navalny’s] analysis," Nebenzia said on Thursday. "We received no evidence from Germany that would allow us to reach the conclusion that it was a crime by attempted poisoning and thus start an investigation."

Nebeniza referred to a statement by the Russian Ministry of Foreign Affairs that if Germany declines to provide evidence to back its allegations of poisoning, Moscow would regard it as a refusal to establish the truth and as a hostile provocation undermining the two countries’ bilateral relations.

Earlier during the UN Security Council meeting, the United States, Estonia, France and Germany had called for a probe into the alleged use of a Novichok nerve agent against Navalny.

Navalny is currently recuperating at the Berlin-based Charite clinic, where he was transported after suffering an acute medical condition during a flight in Russia on August 20. Last week, the German government said that a German military laboratory found traces of a nerve agent from the Novichok group in his system. Moscow responded by pointing to a lack of evidence in Berlin's claims and noting that Russian doctors had found no toxic substances in Navalny's organism.