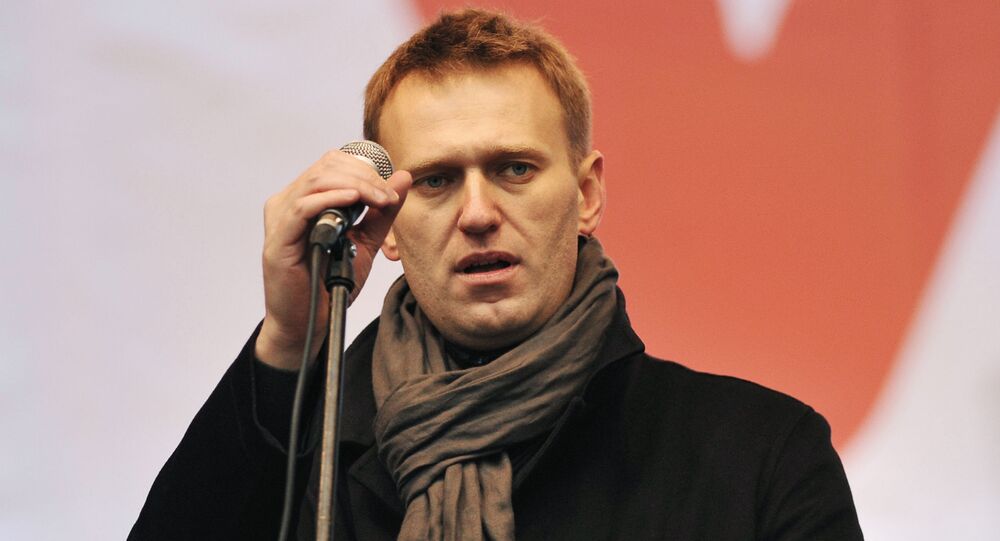 On Thursday, Washington's deputy envoy to the United Nations pledged to hold accountable those responsible for what Germany has concluded was a poisoning attack against Alexei Navalny, a Russian opposition figure.

"Russia has used chemical nerve agents from the 'Novichok' group  in the past. The Russian people have a right to express their views  without fear of retribution of any kind," deputy US Ambassador to the United Nations Cherith Norman-Chalet told the UN Security Council on Thursday, of which Russia is a permanent member.

"We urge Russia to cooperate fully with the international community's investigation," she said. " Those responsible – both those who committed this  attack  and those who ordered it – must be held accountable."

Norman-Chalet noted that could include "restricting  funds for  malign activities."

Navalny fell ill on August 20 while traveling from the Russian city of Tomsk to Moscow. His aircraft landed in Omsk, but he was later transferred to a medical center in Berlin, where the 44-year-old was comatose until three days ago. A report by a German military toxicology lab concluded Navalny had been "poisoned," but did not identify a specific toxic substance or suggest an origin for the toxin.

On Tuesday, US Secretary of State Mike Pompeo asserted there was a "substantial chance" Navalny's alleged "poisoning" was ordered by "senior Russian officials." However, US President Donald Trump has said Washington has no proof of a poisoning, though he noted he had no reason to doubt Berlin's findings.

Likewise, Russian doctors who initially treated Navalny in Omsk reported no trace of toxic substances in his system, and Germany has yet to share its data on Navalny's condition with Moscow, despite several requests to do so, meaning Berlin's findings as yet have no other verification.

Kremlin spokesperson Dmitry Peskov responded to Pompeo's assertion on Thursday and stressed that American official's remarks "did not reflect reality."

"We have heard his statement on the matter. I will tell you once again that we are interested in establishing the reasons behind the incident," Peskov said. "As for some direct statements or hints that any Russian officials are linked to the incident, we believe such hints are inadmissible."

On Wednesday, Germany's ambassador to Moscow received an official protest from the Russian Foreign Ministry, noting that a continued refusal to share information on the case would be seen as a "blatant unfriendly provocation" and a "refusal to determine the truth in an objective probe."

Poisons from the Novichok group are powerfully toxic, and Leonid Rink, the scientist who developed the toxin, noted that not only would Navalny have experienced far different symptoms than were observed, if had actually been a Novichok-group poison, he would most certainly have died.