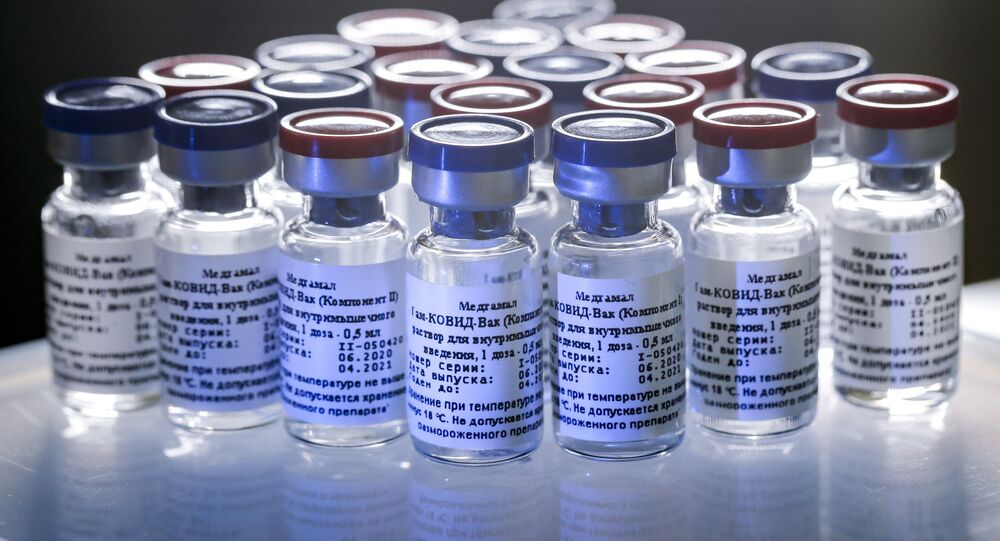 Mexico to Get 32mln Doses of Russian COVID Vaccine, Developers Ready to Make It Available Worldwide

The world's first anti-COVID-19 vaccine Sputnik V was registered in Russia on 11 August, following several rounds of clinical trials and has now been made available to the public across the country. More than a dozen countries have now expressed interest in obtaining the vaccine.

The Russian Direct Investment Fund (RDIF), which funded the development of Sputnik V, announced on Wednesday that it had reached an agreement with Mexico's Landsteiner Scientific pharmaceutical company to deliver 32 million vaccines to Mexico.

"Deliveries are expected to start in November 2020 subject to approval by Mexico’s regulators", the statement from the fund reads.

The Russian Health Ministry also said that the developers of the anti-coronavirus vaccine Sputnik V are now ready to make it available for people all over the world.

"Russia, as the developer of the world's first vaccine against COVID-19, invites other countries, which are interested in using it for vaccinating the population, to take part in the studies. Sputnik V creators are open for dialogue and are ready to make it available for people from all over the world", Russian Health Minister Mikhail Murashko said.

Russia at the Forefront in the Fight Against Coronavirus

Russia registered the world's first vaccine against coronavirus, dubbed Sputnik V, on 11 August, after it underwent clinical trials at two separate institutions: the Burdenko Main Military Clinical Hospital and the Sechenov First Moscow State Medical University. The vaccine has been tested on 76 volunteers, who were discharged from medical facilities in July after developing an immunity to SARS-CoV-2. The third phase of clinical trials of the Sputnik V vaccine will start on 9 September, according to the Russian Health Ministry which has gathered almost 31,000 volunteers to take part.

According to RDIF, the human adenoviral vector used by Russian scientists has been studied over a long period of time and has “a much greater safety track record” in comparison to the “novel unproven technologies such as monkey adenoviral vectors or mRNA” used by researchers abroad.

This comes as AstraZeneca, which has been developing its own anti-COVID-19 vaccine in partnership with Oxford University, has paused its third round of trials over a “potentially unexplained illness” in a participant in the UK. Several Western states have voiced reservations about the safety of Russia's vaccine, but these have been dismissed by Russia's Health Ministry.

The Health Ministry said that Russia will examine all the data on potential adverse reactions to Sputnik V, as the volunteers will be monitored through a special app. According to Kremlin Spokesman Dmitry Peskov, the situation over AstraZeneca halting its trials shows "the importance of every country having a package of several vaccines".

Russian president Vladimir Putin previously said that Russia would have a second vaccine, currently being developed by the Vector Institute in Novosibirsk, at some point in September. He also said in August that one of his daughters had already been vaccinated with Sputnik V.