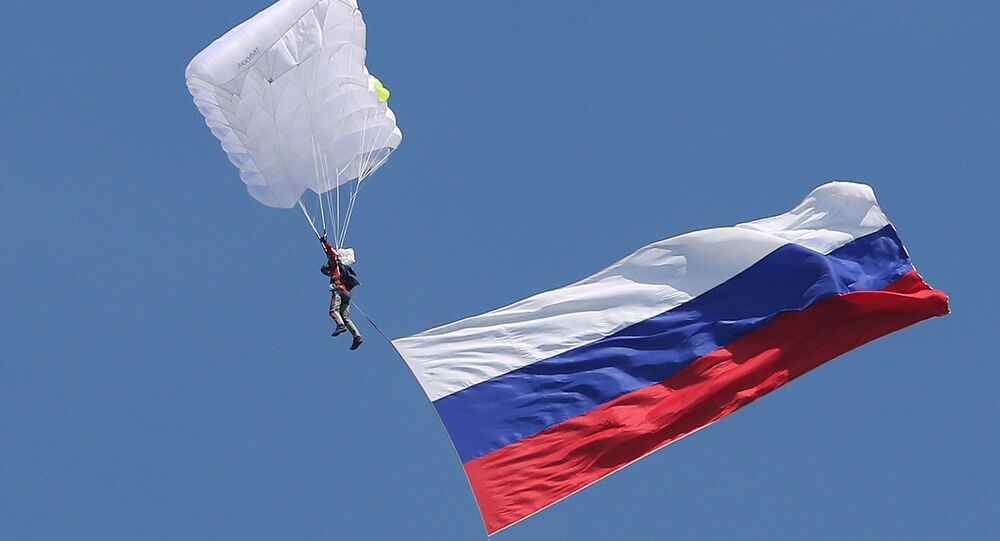 MOSCOW (Sputnik) - Technodinamika holding company, which is part of Russia's state-owned high-tech conglomerate Rostec, has deployed a 5,000-square-meter Russian flag in the sky over the Moscow region, but the record was not registered in the Guinness Book due to sanctions against Moscow, the company's press service said on Saturday.

The current record belongs to the representatives of the United Arab Emirates who opened in the sky the national flag of about 4,886 square meters.

"The invited experts of the Guinness Book of World Records captured the record, but refused to officially register it due to the sanctions against Russia," the press service said.

The day after the parachute jump and all the formal procedures, representatives of the Guinness Book sent a letter to Technodinamika, in which they said that "due to trade restrictions between Technodinamika and the United States, we have no other choice but to immediately withdraw our services," the company added.

The experts were in touch with the organizers of the event via Skype, as they could not come to Russia due to the coronavirus pandemic. At the airfield, in accordance with the rules for remote approval of the world record, there were independent observers and an invited expert — the leading engineer at the Space Research Institute of the Russian Academy of Sciences, Mikhail Chulkov, who measured the banner laid out on the airfield. He recorded the dimensions — 91.72 meters by 54.95 meters.