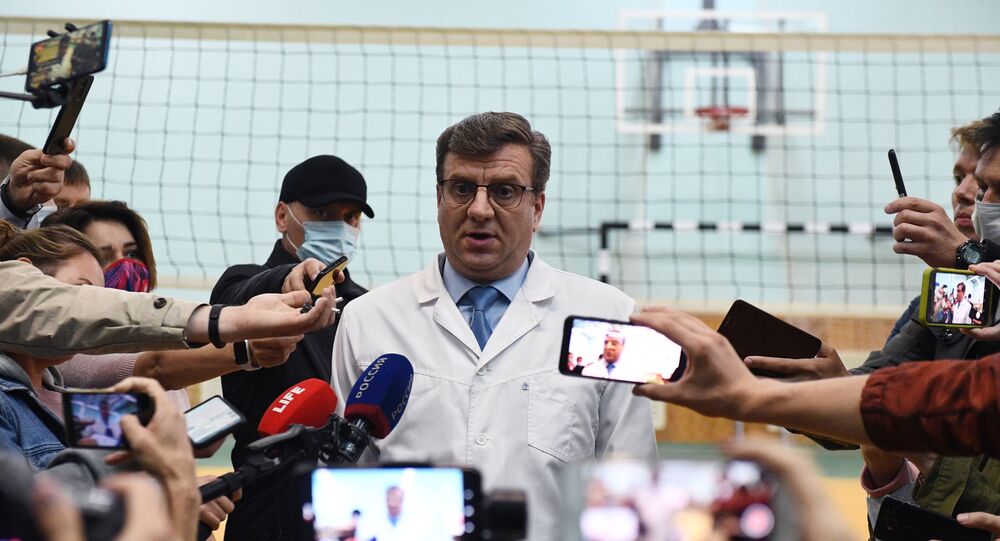 OMSK, Russia (Sputnik) - German doctors were given access to Russian opposition figure Alexei Navalny during a concilium on Friday at a hospital in the Siberian city of Omsk, its head doctor said.

"We have just had another concilium together with our colleagues from Germany, during which we again discussed his treatment, transportation to another place and many other issues", Alexander Murakhovsky, the head doctor, told reporters.

According to the doctor, Navalny can be transported out of the hospital.

Cinema for Peace, a Berlin-based foundation, has sent a plane with a team of medical professionals to Omsk in an effort to move Navalny to the Charity hospital in the German capital, but Murakhovsky said he was too unstable to travel.

© Sputnik / Grigoriy Sisoev
Alexei Navalny: Metabolic Dysfunction Deemed Main Hypothesis for Opposition Figure's Sickness, Doctor Says
The head doctor said the fluctuation of air pressure during the takeoff and landing posed a significant risk to the patient's life. The doctors suspect that his condition was due to a metabolic disorder caused by low blood sugar.

Navalny fell ill on a flight to Moscow on Thursday, forcing the plane to make an emergency landing in Omsk. He was taken to Clinical Hospital No 1 and went into a coma. His supporters suspect he was poisoned, although the deputy head doctor said on Friday that no trace of a toxin had been found in his blood or urine samples.