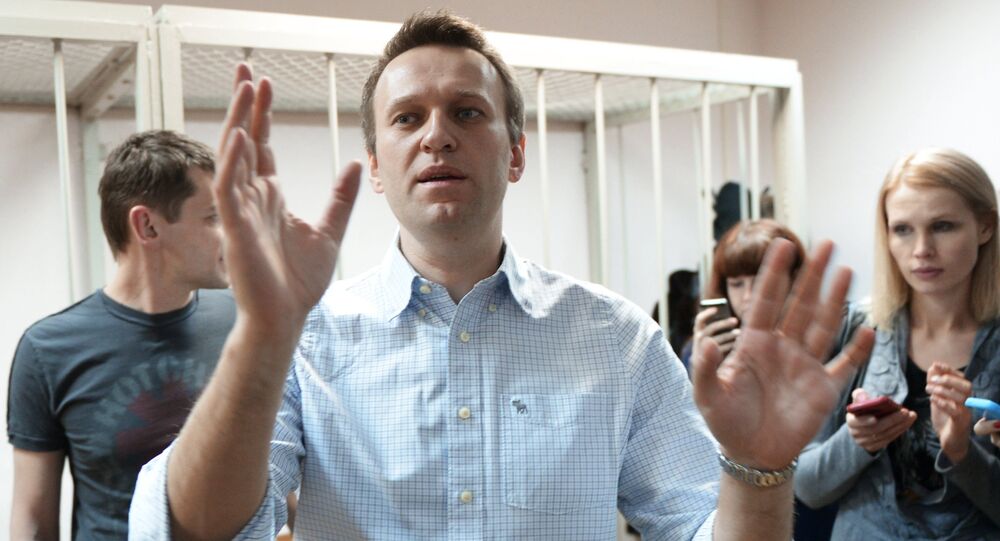 Russian opposition figure Alexei Navalny was taken to a hospital after he fell ill on a flight from the Siberian city of Tomsk to Moscow. Earlier in the day, the doctors treating the Kremlin critic said there were no traces of poison in his blood and urine samples.

Alexei Navalny has been diagnosed with a metabolic condition that caused a drop in blood sugar, the head doctor of the clinic where the opposition figure is undergoing treatment, told journalists.

"At the moment, we have working diagnoses — the main one, which we are leaning toward, is a сarbohydrate disbalance. This could be caused by a severe drop of sugar levels in the blood on the plane which led to loss of consciousness", the doctor said.

According to head doctor Alexander Murakhovsky, the traces of the chemical substances detected on Navalny's clothes and fingers turned out to be a regular substance used to make styrofoam cups.

The doctor added that Navalny will remain at the hospital until he is stable.

The police of Russia's city of Omsk have confirmed doctors' conclusions, the regional department of the Interior Ministry said on Friday.

It is not possible to measure the concentration of the substance, the department added.

"As this substance is added to polymers as a plasticiser to increase elasticity, we do not rule out it could have appeared in the swabs through Navalny's contact with similar objects, plastic cups, for instance", the statement read on.

Meanwhile, Moscow has been informed that Russian doctors made contact with their German counterparts dispatched to treat the 44-year-old opposition figure, Kremlin spokesperson Dmitry Peskov said on Friday.

"As far as we know — we asked today for an update — our doctors invited the doctors who flew in from Germany to visit the hospital, consult with our doctors, learn about treatment, tests, etc. I don't know if the Germans went there, but at least our doctors are in contact with them", Peskov told reporters.

​Navalny fell ill while on a flight from Tomsk to Moscow. The plane made an emergency landing in the city of Omsk where the opposition figure was hospitalised.

Deputy Chief of Omsk Emergency Hospital Anatoly Kalinichenko said earlier in the day there were no traces of poison in Navalny's blood and urine samples.