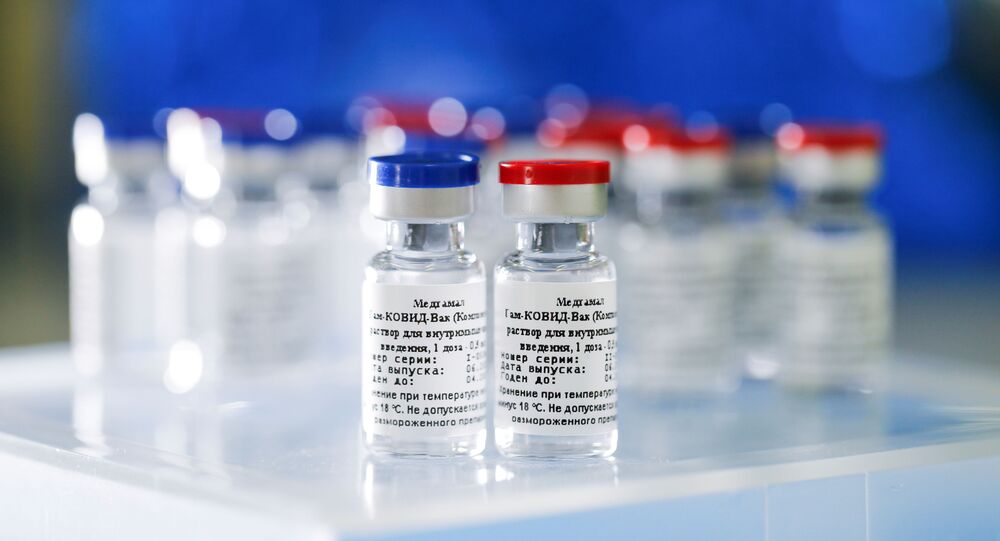 For Skeptics and the Curious: RDIF Releases Information On Development of Russia’s COVID-19 Vaccine

According to Kirill Dmitriev, CEO of the Russian Direct Investment Fund, the organization and its partners have received requests from over 20 countries for a total of 1 billion doses of the coronavirus vaccine.

Last week Russia registered the world’s first vaccine for coronavirus, a disease that has infected 22.5 million and killed almost 800,000 worldwide. The inoculation, named Sputnik V, was developed by the Gamaleya Research Institute of Epidemiology and Microbiology and has been highly praised by a leading epidemiologist in China, where the first cases of COVID-19 were reported, as well as numerous countries in Asia and Latin America, which have expressed interest in the vaccine.

However, Western mass media have expressed skepticism about the safety and efficacy of the vaccine, citing the speed with which Russian scientists managed to produce it as well as the lack of details on the trials and scientific research.

The Gamaleya Institute and the Russian Direct Investment Fund (RDIF), which has donated over $54 million towards coronavirus research, have released information about the methodology of the vaccine on the website of the inoculation. The data includes scientific publications on the history of vaccines based on the approach used in Sputnik V, clinical trials, the technological platform and the proven safety of this method.

In Adenovirus We Trust

The vaccine developed by the Gamaleya Institute, which enables individuals to develop immunity against COVID-19 for up to two years, is based on adenovirus, a virus that can cause the common cold. Scientists first modify it, making it harmless and impossible to reproduce in the human body. After that, scientists inject the genome of SARS-CoV-2 into adenovirus. When the vaccine is administered to an individual, cells start to produce the coronavirus spike protein, which prompts the immune system to produce antibodies and activates cells to destroy those infected with coronavirus.

According to information released by RDIF, the adenovirus-based approach has been proven by more than 75 international publications and in more than 250 clinical trials. It has no long-term health risks, including no risk of carcinogenicity and no risk of affecting fertility.

© Sputnik / Vladimir Pesnya
A researcher works inside a laboratory of the Gamaleya Scientific Research Institute of Epidemiology and Microbiology where the world's first coronavirus vaccine registered in Russia was developed, in Moscow, Russia

The Gamaleya Institute is not the only organization that has used the adenovirus method for the development of a coronavirus inoculation - China’s CanSino, UK Oxford University and US company Johnson & Johnson have used the same approach.

According to newly-released data, what makes Russia’s vaccine unique is the fact that it is based on two human adenoviruses serotypes: number 5 (Ad5) and number 26 (Ad26), which has a clear advantage over the one-vector approach used by the developers in question. Sputnik V consists of two injections administered within a three-week interval.

Commenting on the speed with which Russian scientists managed to develop the vaccine, Deputy Director for scientific work at Gamaleya Institute noted that it wasn’t created in 5 months as critics said, but the work on it has taken place over decades, as scientists perfected the approach by developing an inoculation for Ebola and developing a vaccine for MERS, another type of coronavirus which emerged in the Middle East.

Kirill Dmitriev, CEO of RDIF, said the organization plans to add new information about Sputnik V on the website in the future. The vaccine will soon move to phase 3 clinical trials, where up to 40,000 people will take part.

“We get a lot of questions about the vaccine, including the platform on which it was developed. RDIF and the Gamaleya Institute strive for maximum transparency about the details of the vaccine’s development, which is why we post all information about adenovirus vaccines at sputnikvaccine.com. We would like to thank everyone for their interest in Sputnik V both in Russia and abroad - the vaccine website has already been visited by representatives of more than 200 countries. We plan to add new content to the site with new details on the vaccine in the future”, said Kirill Dmitriev.