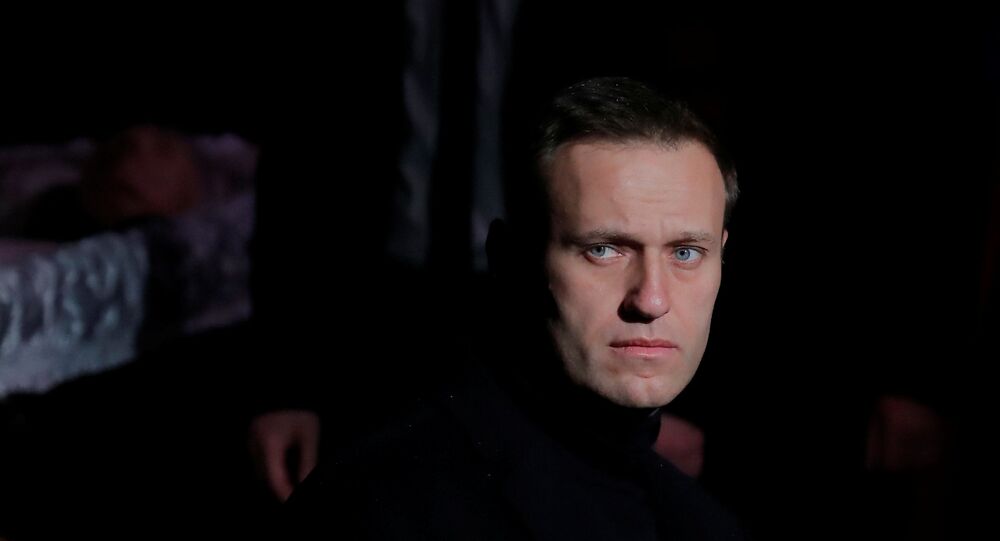 Earlier in the day, Kira Yarmysh, a spokeswoman for Russian opposition figure Alexei Navalny, suggested that he, who fell into a coma after a suspected poisoning, could have consumed a poisonous substance that had been mixed into his tea.

Video footage that recently appeared on the Internet allegedly shows Alexei Navalny sitting at a table without a drink. Later on, the footage shows a cup with a beverage being brought to Navalny by his aide Ilya Pakhomov.

It is thus suggested that none of those who prepared the beverage could have known for whom it was intended.

Navalny was on a flight from the Siberian city of Tomsk to Moscow when he suddenly fell ill. The airplane made an emergency landing in Omsk, where Navalny was hospitalised.

© Sputnik / Kirill Kallinikov
Kremlin: If There's Need for Navalny to be Treated Abroad, Any Such Requests Will be Urgently Considered
According to the deputy chief doctor at the hospital, Anatoly Kalinichenko, Navalny is in stable condition but still in intensive care. The opposition figure’s spokeswoman expressed a belief that he was poisoned, saying that Navalny drank tea at the airport in Tomsk.

However, Kalinichenko noted that this was just one of the possible reasons behind the deterioration of Navalny's health condition, adding that all the necessary specialists are available and no external assistance is required.