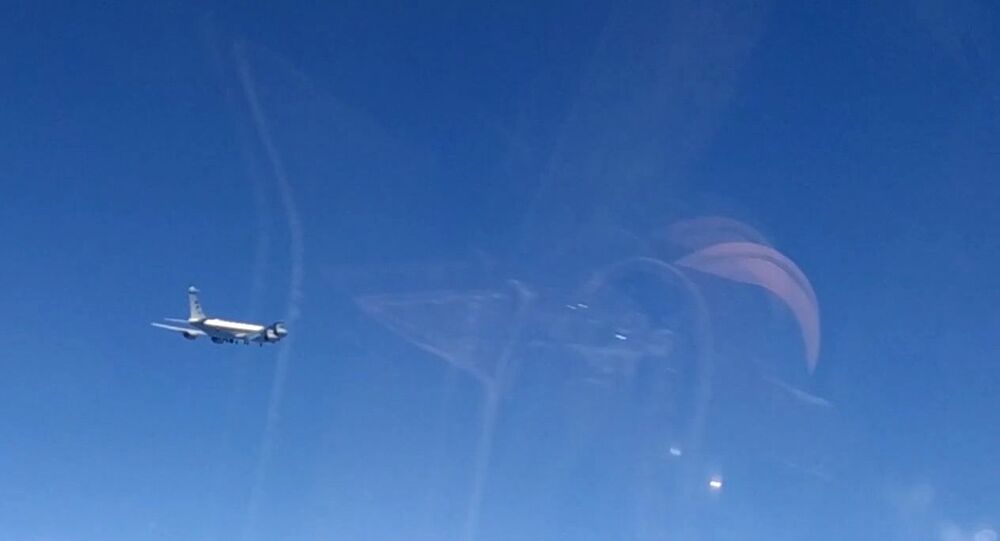 MOSCOW (Sputnik) - A Russian fighter jet was scrambled to intercept a US reconnaissance plane over the Baltic Sea, the National Centre for Defence Control (NDCC) said Wednesday.

"To identify the airborne target and prevent it from breaching the Russian state border, Su-27 fighter jet was scrambled", the centre said.

The US plane was identified as Boeing RC-135 reconnaissance plane.

© Sputnik / Vitaly Timkiv
Russia Scrambles Su-27 Jet Over Black Sea to Identify Italian Plane, Defence Ministry Says
On 17 August, the NDCC reported that a Su-27SM fighter had escorted a US Air Force reconnaissance aircraft over the Baltic Sea. Later the same day, Russian fighter Su-27 was scrambled to intercept three US and British reconnaissance aircraft over the Black Sea.

Recently, US reconnaissance aircraft have been approaching Russian borders increasingly frequently, with more than ten such incidents reported in August alone.

After the US planes turn back away from the Russian border, the Su-27 fighters safely return to the airfield.