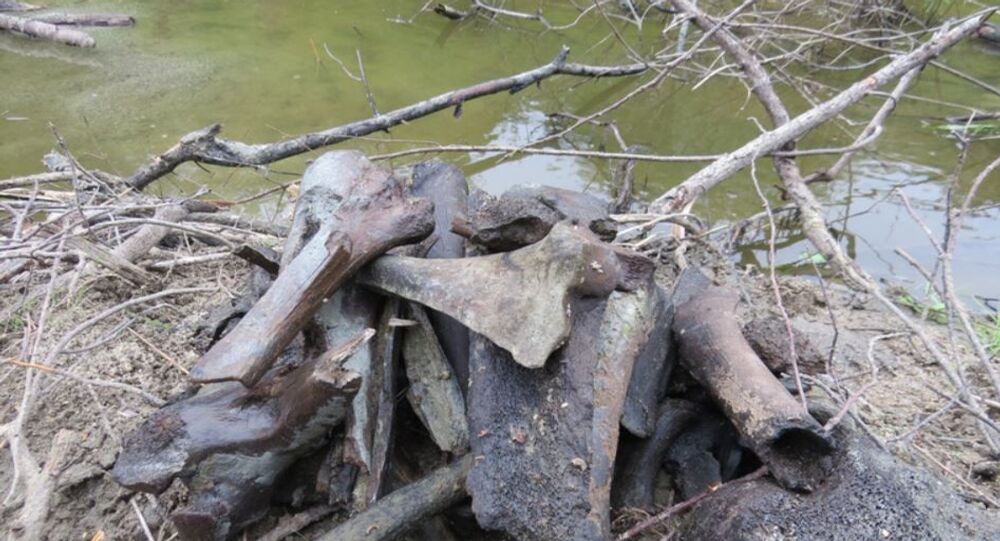 YEKATERINBURG (Sputnik) - Russian paleontologists have discovered more than a thousand bones of mammoths, bison and cave lions on the banks of rivers in Siberia's Tyumen Region, which can be up to one million years old, researcher Pavel Kosintsev said on Wednesday.

"Bones of a mammoth, rhino, horse, and bison were most commonly found, with over a thousand of them, with less reindeer, bear, cave lion. Now we will clean them and then study them in Yekaterinburg. Judging by what we see, the age will vary from a million to 10,000 years", Pavel Kosintsev, a senior researcher at the Institute of Plant and Animal Ecology of the Ural Branch of the Russian Academy of Sciences, said.

According to Kosintsev, such a natural "cemetery" is a result of rivers changing direction and oxbow lakes, which preserve the fossils over long periods of time.

The paleontology expedition took place last week in the Vagaysky and Tobolsk districts of the Tyumen Region on the banks of three rivers – Vagay, Irtysh and Tobol, Kosintsev noted.