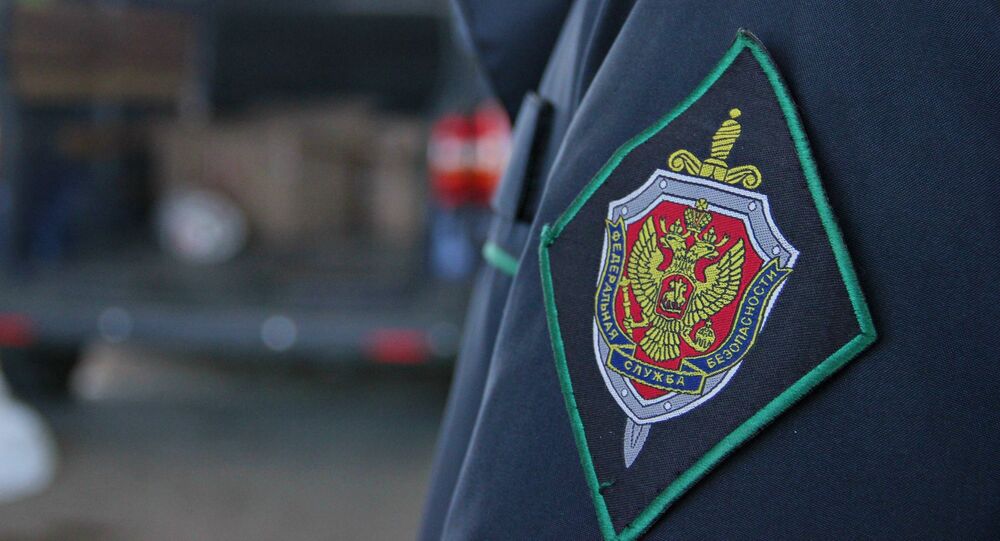 MOSCOW (Sputnik) - The Russian Federal Security Service (FSB) said on Monday it had prevented a terror attack that a Central Asian national planned to stage in a crowded area in Moscow.

"The FSB, jointly with the Interior Ministry and the Investigative Committee, has thwarted activities of a member of a terrorist organization, who planned to conduct a terror attack in a place of mass gatherings in Moscow," the FSB said in a press release.

The terrorist was eliminated after he opened fire on law enforcement agents during detention, the FSB went on to say, adding that a Kalashnikov assault rifle, two F-1 grenades and one RGD grenades were found at the site.

"During searches in the flat that the criminal rented, .... material evidence was found proving that the eliminated bandit had links to emissaries of an international terrorist organization in Syria and that he was preparing to stage a mass execution," the FSB said.

According to the FSB, the terrorist was a citizen of a Central Asian country, he rented an apartment in the Russian capital. His brother, detained by the FSB in the Moscow region, was trying to prevent the malefactor from going to Syria for engaging in activities of an international terrorist organisation that is banned in Russia.

According to video footage released by the FSB, the criminal's brother immediately reported to the Russian Interior Ministry after the terrorist went missing two weeks ago as he began to suspect his brother of communicating with militants from Syria.

A search for possible accomplices is underway, the FSB added.