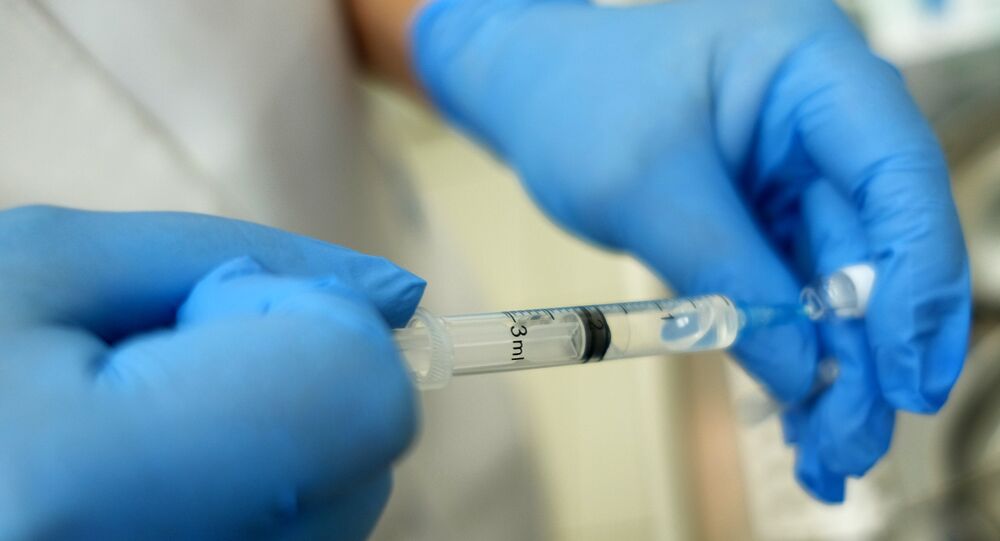 Four days after Western media was rocked by news that Russian hackers had attacked organisations in Canada, the United Kingdom, and the United States to steal the recipe for a coronavirus vaccine, a new bombshell report claims that the Kremlin has actually had one for months, but for reasons unknown kept it secret.

The Russian government cares about the common people so much that it is testing the coronavirus vaccine on billionaires and top executives - at least that’s what a report by Bloomberg claims, alleging that tycoons and bosses of state-run companies have been given early access to the inoculation against the disease since April. The outlet cited "sources" who it says "are familiar with the matter". They told Bloomberg that the vaccination programme is legal, but that it has been kept secret and that hundreds of people have been involved in it. However, Bloomberg stops short of giving the names of the sources or providing any other evidence that could substantiate the claims in the report.

If the coronavirus vaccine mentioned in the report has been given to the Russian elite since April, why did the country’s Prime Minister Mikhail Mishustin contract the disease – and then, days later, why was another high-ranking official, Kremlin spokesman Dmitry Peskov, hospitalised with the infectious disease? Would this not mean that the vaccine was ineffective and that the billionaires, top executives, and politicians were used like guinea pigs?

Another point that raises questions is the speed with which Russian scientists managed to come up with the purported vaccine. The first cases of SARS-CoV-2 were reported in the Chinese city of Wuhan in December. According to Bloomberg, just four months after the outbreak began Russian scientists had miraculously invented an inoculation. This speed contradicts statements made by the World Health Organisation, which has said that under favourable conditions, a vaccine could be ready by the end of 2020 or even in 2021.

But the most important question is: if Russian scientists have indeed managed to come up with an effective vaccine for the disease, why would Russia's authorities keep the information secret? Countries around the world are currently racing to develop an inoculation against the disease, which has infected almost 14.7 million and killed more than 600,000 worldwide, and the first nation to succeed would be regarded as a saviour. So why would Moscow refuse to be bestowed with the title of saviour of the world?

Bloomberg’s report comes four days after Russia was accused by Britain’s National Cyber Security Centre (NCSC) of hacking organisations in Britain, Canada, and the United States that are working on coronavirus vaccines. The NCSC said that the attack had not hindered the work of scientists and that no information was stolen. Russia's ambassador to the UK has categorically denied the accusations.

The allegation made by Britain’s National Cyber Security Centre, in a way, contradicts Bloomberg’s report, because if Russia had invented a vaccine and had been giving it to the country’s elite since April, why would it need to hack laboratories in other countries?

Both reports come at a time when Russia is continuing to register a decrease in cases, as the outbreak is gradually subsiding in the country. Russia is now in fourth place in terms of overall cases. On 19 July, the country recorded 5,940 new infections. The United States, meanwhile, is seeing an enormous spike in infections, having recorded more than 60,000 cases each day over the past week. This is twice as many as when the first wave of the coronavirus hit the country.

Could these reports indicate that the mainstream media is concerned that Russia is not being inundated with news cases, unlike the United States?