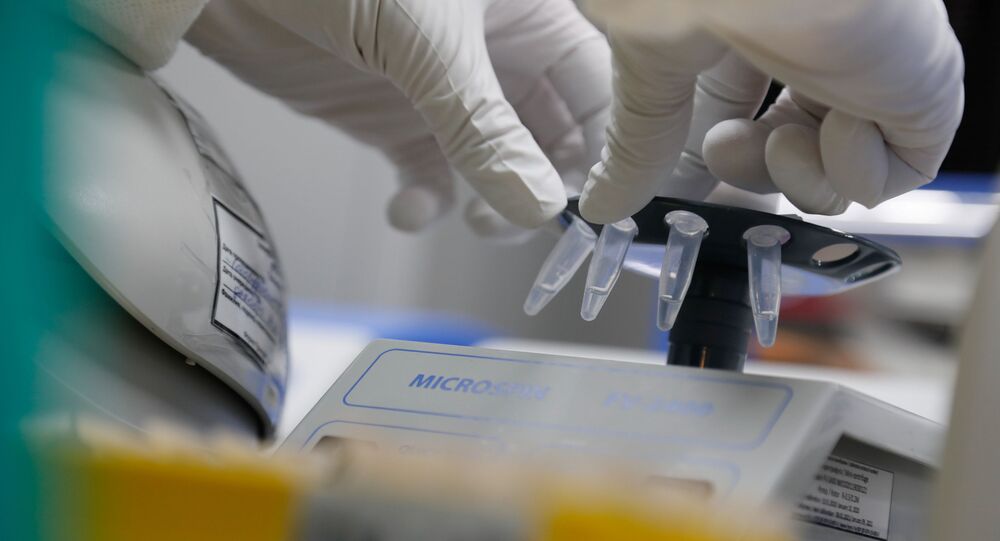 MOSCOW (Sputnik) - Clinical trials of a Russia COVID-19 vaccine developed by the Gamaleya Scientific Research Institute of Epidemiology and Microbiology jointly with the Russian Defence Ministry are wrapping up at the Burdenko Main Military Clinical Hospital. The vaccine is safe and reliable, researchers say.

According to Borisevich, there is still a lot of research work ahead, but the results are already clear.

"Already today the test data confirms that, as a result of vaccination, the volunteers produced the necessary antibodies against the coronavirus and the vaccine components are safe," Borisevich said, adding that the antibodies are expected to remain in the human body for a long time.

The second phase of clinical trials of the vaccine is expected to be completed on 3 August, according to Russian Direct Investment Fund (RDIF) CEO Kirill Dmitriev.

"The capabilities of the platform previously used to develop two Ebola vaccines and a Middle East Respiratory Syndrome [MERS] vaccine will allow the antibodies generated after vaccination to be maintained for a long time," Borisevich told Krasnaya Zvezda.

Last month, Alexander Gintsburg, director of the Russian National Research Center, told the newspaper that the vaccine will give people protection against the virus for a period of over two years.

The Russian coronavirus vaccine is undergoing clinical trials at two institutions: the Burdenko Main Military Clinical Hospital and the Sechenov First Moscow State Medical University. The vaccine has two separately injected components that together are expected to provide long-term immunity against the coronavirus.

The Russian coronavirus vaccine could be made available to the public in mid-August, according to Gamaleya researchers.