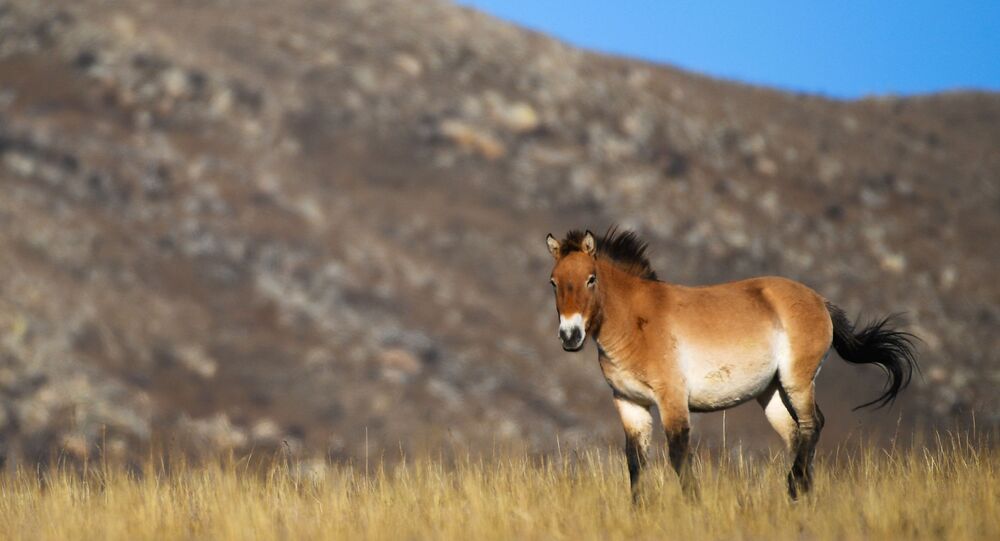 The program's goal is to improve the living conditions, diet and veterinary care of Przewalski's horses.

A new charity program aimed at improving the lot of Przewalski's horse has recently been launched by the Orenburg Nature Reserve in Russia.

The program invites individuals and organizations alike to "adopt" a Przewalski's horse foal, with several levels of participation available.

Each participant will be granted an "adoption certificate", and will receive a monthly report about the well-being of the foal they "adopt"; other bonuses provided by program include a pass for visiting the "Pred-Ural Steppe" section of the reserve.

The new initiative is expected to improve the living conditions, diet and veterinary care of Przewalski's horses in the nature reserve's care.

Denis Pasler, Governor of the Orenburg Region, who became the first person to take part in this charity initiative, has praised the efforts of the scientists who strive to restore the only population of Przewalski's horse in Russia, noting that it was Russian President Vladimir Putin who helped to kickstart the endeavor.

Przewalski's horse is a rare and endangered horse named after Russian geographer and explorer Nikołaj Przewalski.