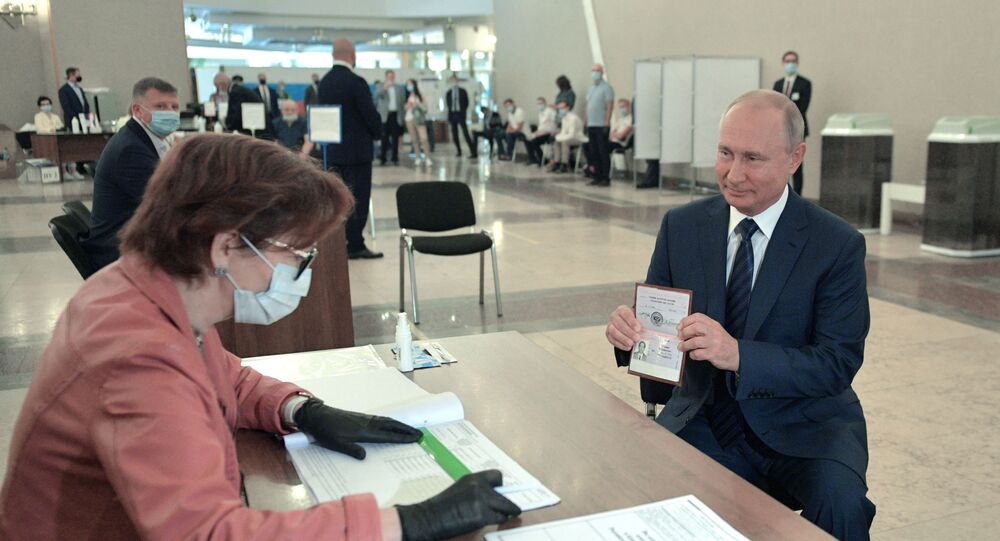 Putin Thanks Russians for Taking Part in Vote on Constitutional Amendments

"I want to express my gratitude to the Russian citizens, I want to say thank you very much for your support and trust," Putin said at a meeting of the Pobeda (Victory) organising committee.

Russia's political system and the economy are still at the formative stage since not so much time has passed since the collapse of the Soviet Union, "by historical standards," the president added, stressing that time is needed to strengthen the national stability.

"I understand the citizens who have voted against. Many problems remain unsolved, this is true. People often face injustice, unkindness and indifference. Many people face hardships, and we, the government, often think we are doing everything possible, while this is not exactly so ... We often fall short of our targets, we should more quickly, precisely and efficiently," Putin said.

The nationwide vote on constitutional amendments was originally planned for April 22 but had to be postponed over the threat of COVID-19. It was later officially scheduled for July 1 with six additional voting days to avoid the spread of the disease.