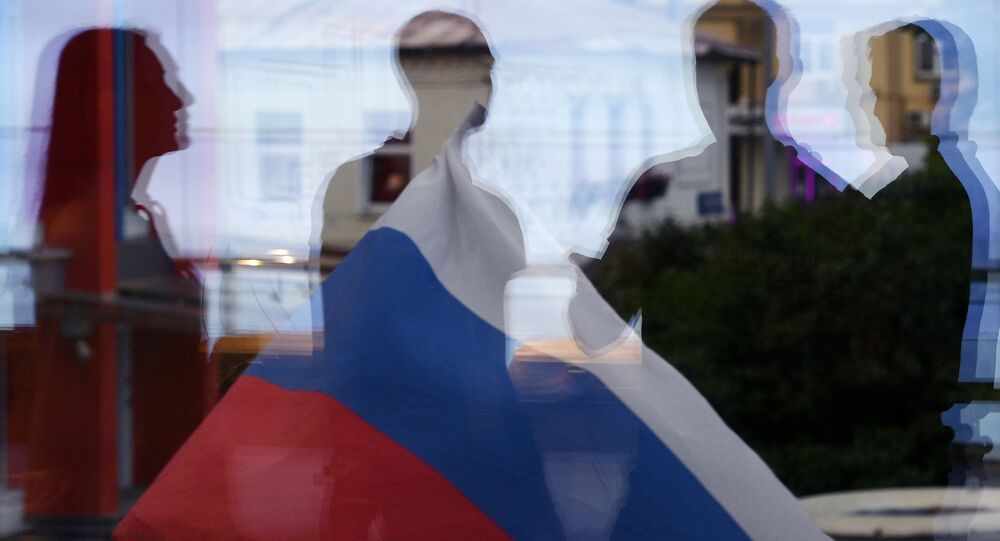 MOSCOW (Sputnik) - The national vote seeking to introduce amendments to Russia's 1993 constitution was launched last Thursday and is set to run through Wednesday, with over 45 percent of the population having already cast their ballot.

The Constitution of the Russian Federation is the fundamental law that has supreme authority throughout the country and sets out the basic principles of its social, economic and political systems.

The current constitution was adopted by a national referendum on December 12, 1993. It was voted on by 54.8 percent of registered voters, with 58.4 percent of them backing the new fundamental law.

The constitution consists of the preamble — an introduction dealing with the principles of life and goals of the people — and two sections.

The first section is untitled and includes nine chapters divided into articles.

The second section, named Concluding and Transitional Provisions, includes nine paragraphs stipulating conditions for the implementation of the constitution. It sets out the constitution’s supremacy and says that laws and other enactments adopted in Russia must not contradict the constitution.

Due to the abstract content of the constitution’s provisions, there is no need for revising it too often, while a strict procedure for making amendments provides the guarantee of its longevity, stability and viability. However, several amendments to the Russian fundamental law were made over the past two decades.

From 2004-2008, the constitution was amended several times to accommodate changes that enlarged the constituent regions of Russia.

© REUTERS / Alexander Zemlianichenko
Putin Says Russian Constitution Needs Amendments Because Situation in Country Drastically Changed
In 2014, the Constitution was amended after the merger of the national Supreme Court and the Supreme Court of Arbitration and after Crimea and Sevastopol rejoined Russia. Another amendment was made to Article 95 describing the procedure for forming the upper house of parliament.

In mid-January 2020, Russian President Vladimir Putin announced the need for constitutional changes in his annual address to parliament.

The proposed amendments include protecting the institution of marriage as the union of a man and a woman, setting children as a priority of Russia's domestic policy and an obligation to support and protect culture as the unique heritage of Russia's multi-ethnic nation. Other amendments will confirm that Russia safeguards historical truth and honors the efforts of the defenders of the motherland.

The amendments envision a limit of two consecutive six-year terms for the President of the Russian Federation. The provision applies to the president at the time the legal changes enter into force, not taking into account the number of terms previously served in this position, thus paving the way for President Putin to run again after his current term ends in 2024.

On March 11, the State Duma adopted the presidential bill in its final reading following a review by a special working group. On the same day, it was approved by the Federation Council, the upper house of parliament, and then supported by the legislative assemblies of the regions. On March 14, the president signed it into the law “On Improving the Regulation of Certain Aspects of the Organization and Functioning of Public Authority.”

Afterward, Putin requested that the Constitutional Court assess the law's compliance with the constitution. The amendments were approved by the Court on March 16.

The nationwide vote on the amendments was initially slated for April 22 but then postponed to take place from June 25-July 1 due to the COVID-19 pandemic.

Moscow and the Nizhny Novgorod Region became two pilot regions in which residents can vote online.

The amendments will enter into force once approved by the nationwide vote.