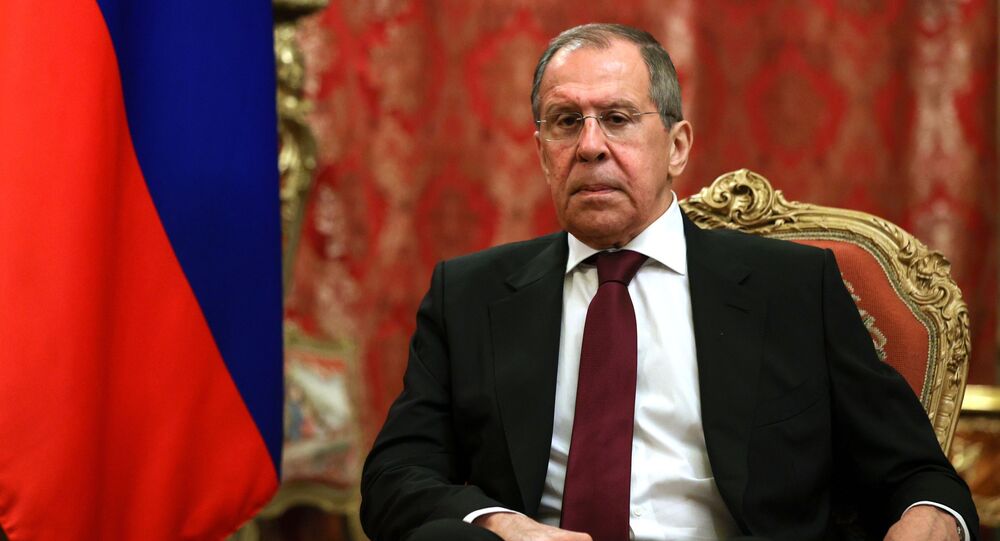 ‘We Don’t Leave Our People Behind’: Foreign Minister Lavrov on Pulling Out Russians From Abroad

The Russian government has gone out of its way to return tens of thousands of its tourists from abroad as the coronavirus pandemic forced countries to seal their borders. At least 20,000 Russians continue to be stranded in remote parts of the globe.

Russian Foreign Minister Sergei Lavrov has commented on the government’s efforts to repatriate its citizens who got stuck overseas because of lockdowns.

“This might sound too high-flown, but we really do not leave our people behind, and this is just the case,” Lavrov said in an interview with RT.

According to government data, around 160,000 citizens returned to Russia from 43 countries from mid-March to early April, including more than 40,000 in the week from 17 March to 23 March. Russia continues to organise repatriation flights despite halting all international air travel to and from the country in April.

All “organised” tourists (those who traveled via tour operators and had return tickets) came back by April, but issues emerged with independent travellers and those who live permanently in another country but opted to return.

“There are at least 20,000 people we have not yet brought back, among other reasons, because they are living in places that are difficult for Russian airlines to access,” said Russia’s chief diplomat.

He said they are mostly stuck in “Oceania or islands such as the Philippines, or Latin America, or exotic places located away from civilisation.”

Lavrov stressed that repatriating these citizens is a “painstaking job”, since the government must establish the point of departure and also the entry point in Russia to organise a flight, and then ensure that the tourists are quarantined.

According to the foreign minister, Russia pays a daily allowance to every citizen stranded overseas who signed up to the government services website and meets several required criteria.

There are several thousand Russians who decided to stay in Thailand, for example, for the duration of the pandemic, and “this help provided by the Russian government is a very important thing”, he added.

The government also lends assistance to permanent residents of other countries with a Russian passport, who opted to return after the onset of the outbreak.

“Well, they are people, and it is their decision, their lives, after all,” Lavrov said. “We do not ask them for explanations. He or she has a right to return, they are Russian citizens.”