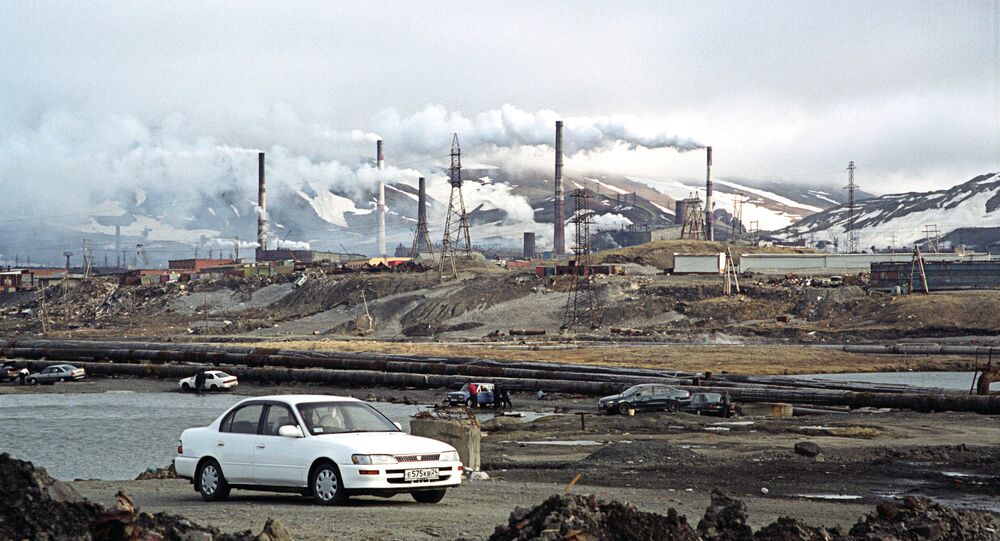 MOSCOW (Sputnik) - The Russian Norilsk Nickel (Nornickel) mining giant said on Sunday employees in the Arctic branch responded to a spillover of circulating water in the sump at one of its plants by pumping it out, which authorities earlier feared to be a discharge of toxic waste.

"At 8:20 a.m. today [01:20 GMT], a dispatcher at the Arctic branch was informed about spillover of circulating water from the sump at the Talnakh plant. Efforts were made to stop the discharge. Personnel decided to decrease the liquid level by pumping treated effluent onto the adjacent territory via mobile pumps," Nornickel said in a statement on its website, adding that "there is no risk of tailings spillover."

According to the statement, a corporate investigation into the incident is underway.

Meanwhile, the Russian Investigative Committee, the Krasnoyarsk Territory Prosecutor's Office and the Russian environmental watchdog Rosprirodnadzor have sent their own agents as well to inspect the scene earlier in the day.

"Water was discharged in a forest near the local dam. A team of two investigators ... are operating on the scene. They plan to inspect the area, record the milieu and take samples," Investigative Committee spokeswoman Olga Shamanskaya told Sputnik.

Rosprirodnadzor told Sputnik it had found that Talnakh plant employees decided to pump out excessive recycled water from the sump in order to prevent any further contingencies due to overfilling.

"The rapid rise of water level in the sump could have been caused by hydraulic tests of the hot water pipeline or extensive rains, according to preliminary findings," Rosprirodnadzor said.

The watchdog confirmed that the discharge had been halted.

In the early hours of Sunday, Russian emergency services said they were informed about an unauthorized discharge of unspecified liquid at the Talnakh mineral processing plant in the city of Norilsk in Russia's northern Krasnoyarsk Territory.

Last month, there was a major contamination accident in Norilsk when 21,000 tonnes of diesel leaked out of a fuel tank at the Norilsk-Taimyr Energy Company’s Thermal Power Plant and seeped into a nearby river. The city declared a state of emergency, and Nornickel has allocated millions of dollars to clean the spill.