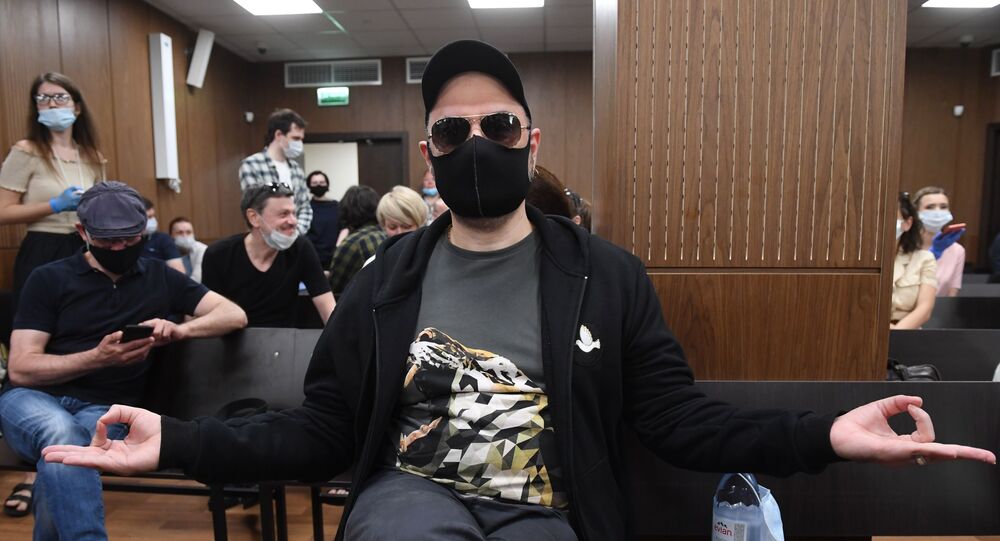 Russian theatre and film director Kirill Serebrennikov is accused of embezzling funds during the implementation of the Platforma theatre project by his company Seventh Studio. The prosecution previously asked the court to give Serebrennikov a prison sentence of up to six years.

A Moscow court has sentenced film and theatre director Kirill Serebrennikov to a three-year suspended sentence for embezzlement of nearly 129 million rubles ($1.85 million), according to the verdict.

Serebrennikov and his two accomplices were required to pay damages totalling 129 mln rubles under the civil suit.

Former Culture Ministry official Sofya Apfelbaum was found guilty of negligence and was freed from paying the fine due to the statute of limitations.

The court also left the property of the defendants in the case distrained.

Serebrennikov, the artistic director of the Moscow Gogol Centre Theatre, was accused of embezzling money that was allocated by the government for the development and popularisation of modern art in Russia as part of the Platforma theatre project in 2011-2014. A total of 216 million rubles ($3 million) were allocated for the project from the state budget.