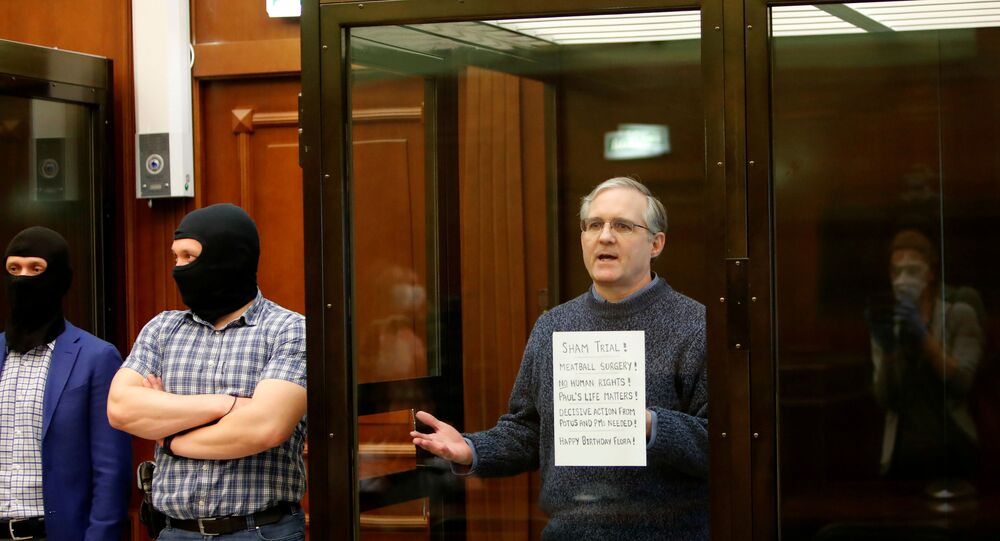 Progress Made in Talks With US on Exchange of Russian Nationals Bout, Yaroshenko, Lawyer Says

WASHINGTON (Sputnik) - There has been some progress in the negotiations on a possible exchange of Russian nationals imprisoned in the United States, Victor Bout and Konstantin Yaroshenko, for US citizen Paul Whelan, defence attorney Alexey Tarasov said.

"There are no headlines yet, but, yes, there is some progress. As far as I can see, that’s true", Tarasov said on Tuesday. "In any case, I think there is a good chance that Konstantin Yaroshenko and Victor Bout will see some changes in the near future".

The lawyer added that he cannot disclose the details at this point.

"I do not know what it will look like in the end", Tarasov added.

Last week, a court in Moscow sentenced Whelan, who has US, UK, Canadian and Irish citizenship, to 16 years in prison for espionage. Soon after, Russian media reported, citing informed sources, that the Russian-US exchange scheme was currently being discussed by Moscow and Washington. If an exchange occurs, all prisoners would reportedly serve the remainder of their sentences in their native countries. Whelan has not pleaded guilty. His defence claims he was a victim of a provocation. The Federal Security service detained Whelan in late 2018. Full details of the case have not been officially disclosed.

Yaroshenko was arrested in Liberia in May 2010 on suspicion of drug trafficking. A year later, he was extradited to the United States and sentenced to 20 years in prison for allegedly taking part in a conspiracy to smuggle a large amount of drugs to the country. He has denied all charges.

Bout was detained in Thailand on a US government request in 2008 as a result of a sting operation by the US special services. Bout was then transferred to the United States, where a court found him guilty of conspiring to kill US citizens and supporting terrorism.