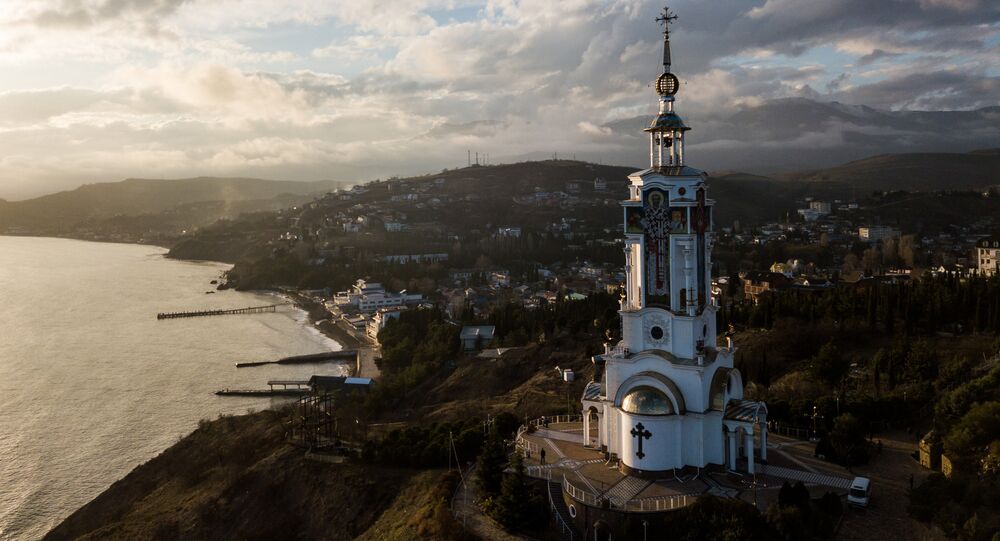 MOSCOW (Sputnik) - The Russian Federal Security Service (FSB) in Crimea on Memorial and Sorrow Day, commemorated in Russia on Monday, declassified and transferred to the state archive documents that give evidence of the brutal massacre of 900 Red Army soldiers in the town of Sudak committed by the Nazis on the peninsula during the 1942 occupation.

"After evacuating the town of Sudak, our landing forces from the town could not take out 900 seriously wounded Red Army soldiers and commanders due to the strong artillery and mortar shelling. The German monsters, together with the Tatars, entered the town and carried out savage atrocities against the wounded," the document dated April 27, 1942, to a senior official said, adding that all 900 people were taken to the seashore and shot.

According to the document, the Nazis applied the cruellest repressions to the Russian and Greek population of the peninsula, since they were suspected of having the greatest loyalty to the partisans.

Therefore, as a punitive measure, the Nazis completely exterminated the male population of Lakkoi, a village on the Greek island of Crete, and women and children were driven to the town of Bakhchysarai in central Crimea, where they hanged them.

© CC0
Mass Grave Found Near Nazi German Concentration Camp in Western Russia
The ruthless attitude of the Nazis toward the Crimeans is also described in the declassified FSB protocol of interrogation of the witness of these atrocities — native of Kerch city Antonina Oleinikova — dated January 19, 1970.

According to her testimony, from August 1943 to February 1944, approximately 800 civilians were hiding from the invaders in the Bagerovski quarries in the Crimean city of Kerch, from where the Nazis tried to force them out using gas.