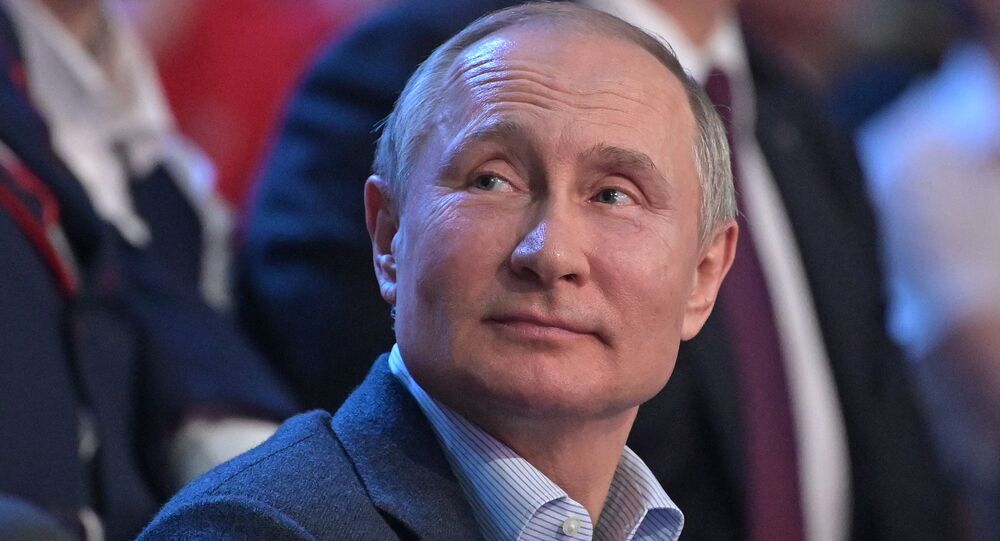 Putin Sheds Some Light on His Role as a Grandfather

Little is known about the personal life of Russian president Vladimir Putin, who announced his divorce from his wife Lyudmila in 2013. The couple had two daughters together, and the president previously confirmed that he became a grandpa several years ago.

Vladimir Putin apparently does not have much time to talk to his grandchildren, the president revealed during an upcoming interview, which will soon be aired on Russian TV.

“Rarely, but I talk to them, of course”, the Russian president said.

© Sputnik / Aleksey Nikolskyi
Putin’s ‘Self-Proclaimed’ Wife Detained on Red Square in Moscow
Vladimir Putin is known to have at least two grandchildren. His first one was reportedly born in 2012 from his older daughter Maria. In 2017, the president also revealed that he had become a grandfather for the second time, without specifying any further details. He also said that his grandchildren can call him while he is on duty in the Kremlin.

The Russian president has two daughters from his marriage to Lyudmila Putina, Maria, born in 1985, and Ekaterina, born a year later. The couple, who got married in 1983, announced their divorce in 2013.