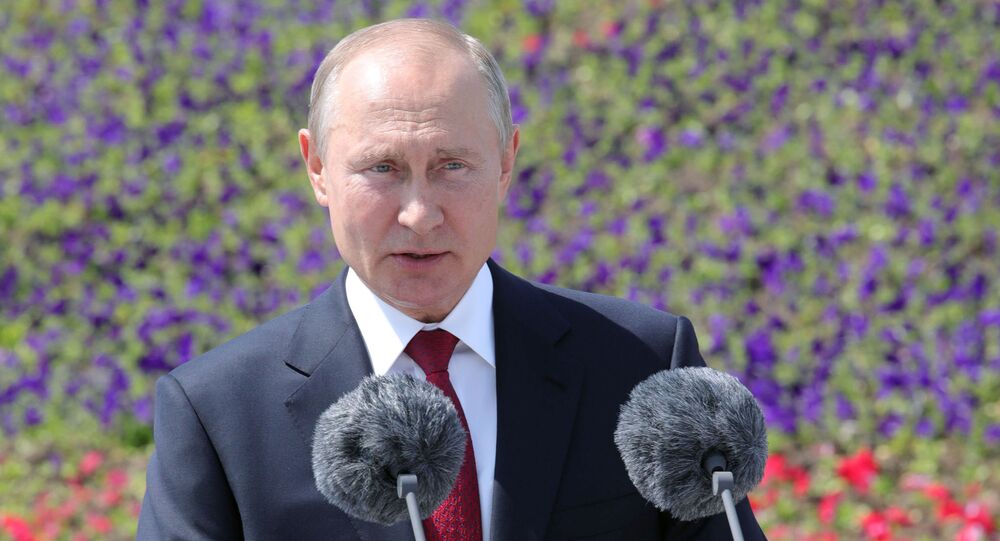 Putin on Thursday published an article in The National Interest to mark the 75th anniversary of the victory over Nazi Germany. In the article, the Russian president criticizes attempts at rewriting the history of World War II. The National Interest is one of the largest American foreign policy websites with several million unique visitors each week.

"It is not my job to interpret the article. It will provoke controversy about the origins of World War II, and we, publishing it, hoped to initiate more debate about the past and the present," Heilbrunn said. "I anticipate that there will be vigorous and robust response to this article, including ones that we would likely publish."

Putin's article, the editor added, presented Western audiences with the Russian viewpoint, with which they are not familiar. He said it should begin a serious discussion in American society.

"We know that the Nazis are responsible for World War II," he said. "But these historical debates are perennial... This is just prompting a fresh round of a controversy about who did what in the 1930s."

"We publish a wide variety of opinions, but the governing spirit of the magazine from its inception has been to promote the American national interest, as reflected in the title, and to urge American foreign policy in a more realist as opposed to Wilsonian or missionary foreign policy," he said.

In The National Interest article, Putin also called on foreign governments to make their World War II archives completely accessible to the public, as they already are in Russia, in order to ensure historical clarity.