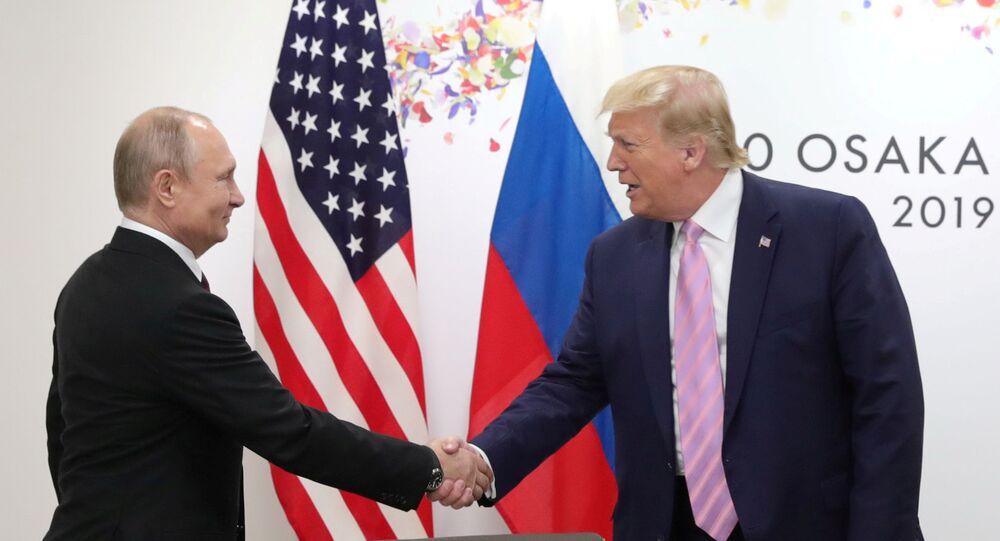 The statement comes ahead of the publication of former US National Security Adviser John Bolton's memoir detailing his work in the Trump administration. In some excerpts of the book, obtained by US media, Bolton claims Trump is easily influenced by foreign leaders.

Russian President Vladimir Putin cannot play Donald Trump “as a fiddle” as he does not regard his US colleague as an easily manipulated politician, Kremlin spokesperson Dmitry Peskov said in a statement on Friday.

"Putin has repeatedly voiced his opinion about Trump in numerous interviews", Peskov added.

The Kremlin spokesman's statement comes in response to claims made in the forthcoming book by former US National Security Adviser John Bolton, in which he portrayed the US president as easily swayed by foreign politicians.

The book, which has made headlines even before its release, contains juicy details about Trump's presidency as well as various blunders and controversial statements he has made.

The president has condemned Bolton's memoir, titled "The Room Where It Happened", saying that it contains lies and has lambasted his former adviser, calling him a "disgruntled boring fool".

The US Justice Department has filed a lawsuit against Bolton to prevent the publication of his book, citing concerns it might compromise national security. President Trump previously voiced similar concerns, saying that the memoir could contain classified data.

Bolton served as Trump's adviser in 2018-2019 before being sacked amid differences between the two politicians on various international issues.