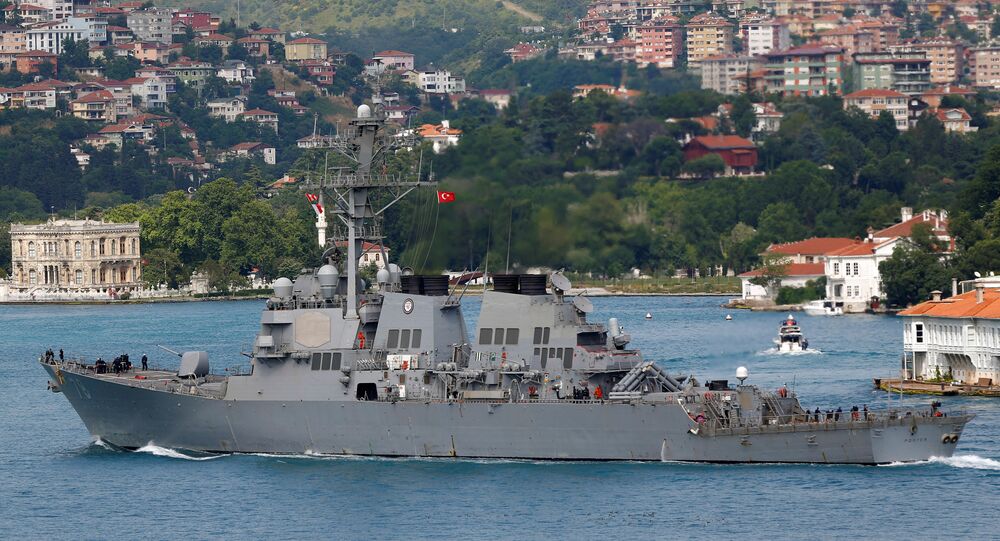 MOSCOW (Sputnik) - A US Navy destroyer entered the Black Sea, the forces of Russia's Southern Military District monitor the actions of the ship, Russia's National Defence Control Centre (NDCC) said in a statement on Wednesday.

"On 17 June 2020, the USS Porter destroyer (of the Arleigh Burke class) of the US Navy entered the Black Sea", the statement says.

In order to promptly respond to possible emergency situations in the Black Sea, a set of measures is being taken by forces and means of the Russian Southern Military District to monitor the actions of the ship, it added.

Royal Danish Air Force
Video: US Air Force’s B-1B Bombers Make 24-Hour Flight for Live-Fire Drills Near Russian Border
American strategic bombers were for the first time ever escorted by Ukrainian fighter jets and a Turkish tanker planes in their flight along Russia’s shores, the US Air Force said in a statement on 29 May.

The Russian military said earlier that they spotted on Friday B-1B strategic bombers of the US Air Force over the Black and Baltic seas, and scrambled fighter jets to intercept them.

The Russian fighter jets approached the US bombers, and the latter turned away from the Russian border, the defence ministry said.