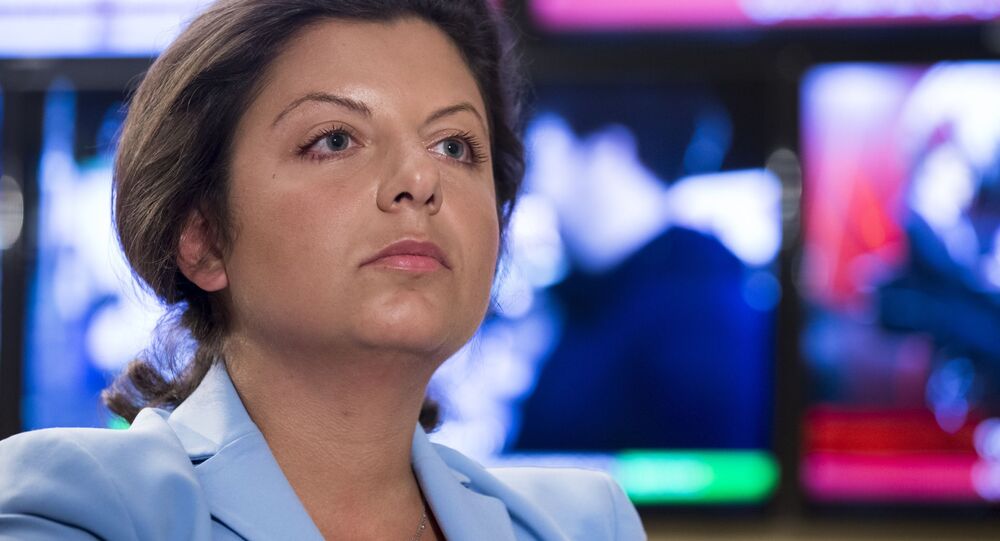 MOSCOW, June 5 (Sputnik) – Sputnik and RT Editor-in-Chief Margarita Simonyan said that Facebook punished RT for fake news that it had not published.

"Once again, Facebook has punished us for fake news that we have not published. In late May, RT Deutsch published a news article about the construction of a hospital for coronavirus patients in Ufa. Facebook's official fact-checker of Arabic news articles (!) marked the publication as fake news. To prove that, it for some reason added a link to someone's (!) fake news about [French President Emmanuel] Macron," Simonyan wrote in her Telegram channel on late Thursday.

According to the editor-in-chief, RT has asked the fact-checkers how the news article about the Russian hospital for COVID-19 patients is connected to Arabic publications about Macron.

"They said they did not know how that had happened – that was likely a technical error. The fact-checkers have boosted activities against our German channel after RT Deutsch had entered the list of top five most popular German-speaking media," she added.

Within the recent several years, Russian-based media, especially the RT broadcaster and the Sputnik news agency, have faced significant pressure in the United States and the European Union over accusations of the alleged spread of propaganda and fake news.

Russian officials, as well as RT and Sputnik, refute all the accusations, saying that the Western countries are trying to fight alternative points of view.