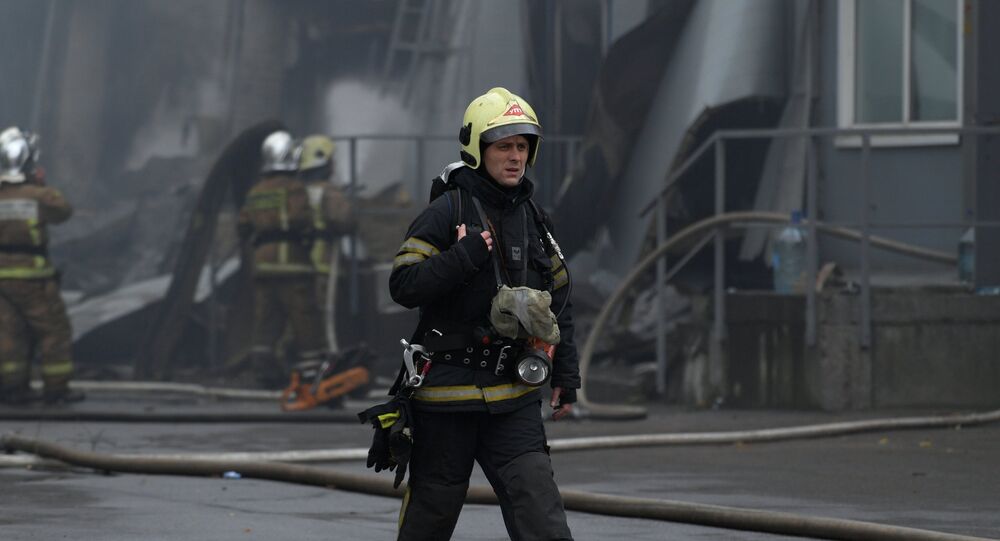 One Person Dies in Fire at Hospital in St. Petersburg, Russia

Earlier in May, at least five people were killed in a fire at a hospital in the Vyborg district of St. Petersburg, according to the Russian Emergencies Ministry.

At least one person died after a blaze ripped through a building of the Botkin Infectious Disease Hospital in the Russian city of St. Petersburg on Wednesday.

The Russian Emergencies Ministry reported that the fire, which has already been, occurred on the second floor of the hospital.

According to the ministry, there were 274 patients and 87 medical workers inside the building when the blaze took place.

A source in the emergencies ministry told Sputnik that the fire was caused by someone smoking in bed. The patient, born in 1981 and suffering from infectious hepatitis, reportedly died due to carbon monoxide poisoning.

The incident comes after five people were killed in a fire in the intensive care unit of a St.Petersburg hospital tasked with treating people suffering from COVID-19 earlier in May.

A Russian Emergencies Ministry spokesperson said that an electric equipment malfunction was believed to be the reason behind the deadly fire, which was extinguished shortly afterward, prompting the evacuation of about 150 people from the building.

At Least Six Die in Fire in Bashkiria, Russia