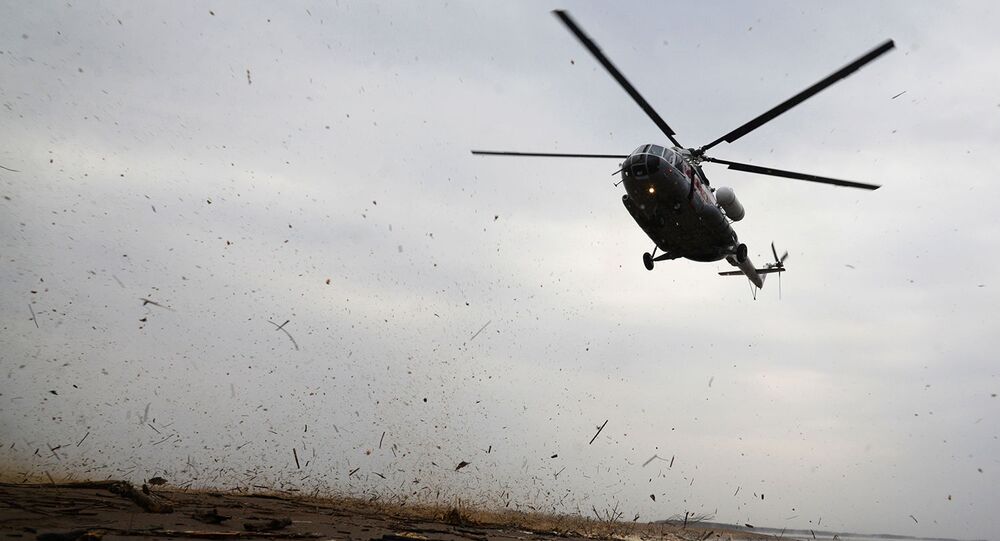 VLADIVOSTOK (Sputnik) - A Mi-8 helicopter has made a hard landing at Anadyr Airport in Russia's Far East, a law enforcement source said.

"A Mi-8 made a hard landing at Anadyr Airport", the source said.

Authorities in the Chukotka autonomous area have confirmed the hard landing of the helicopter, adding that all four people on board are dead. The helicopter came down from a heaigh of 15 metres.

The Russian Ministry of Defence has also confirmed that the Mi-8 crew died in the crash.

According to a source in the emergency services, a technical malfunction could have been the cause of the incident.

"The preliminary cause of the helicopter crash is a technical malfunction", the source said.

Flight recorders have been found at the crash site, the emergency services said, also noting the good condition of the devices.

"After the fire was extinguished, both black boxes were discovered - the flight data recorder and the on-board voice recorder", the spokesman said, adding that the flight recorders were almost unaffected.

A commission from the Russian Aerospace Forces Chief Command has departed for the crash scene, the Defence Ministry said.