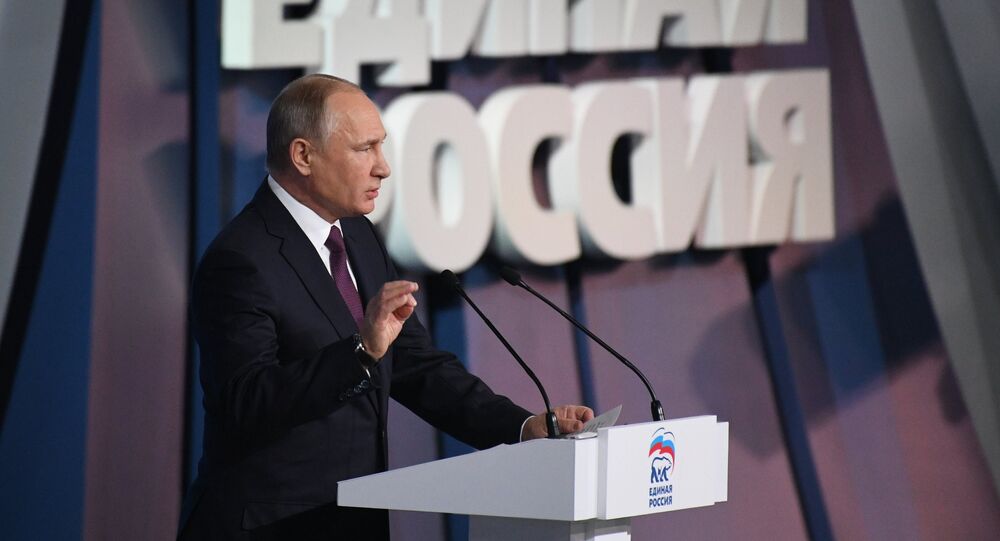 MOSCOW (Sputnik) - The website of the United Russia party was subjected to a so-called distributed denial-of-service attack (DDoS) upon launching the remote primary electoral contest to choose party candidates at the upcoming regional elections in September, the deputy secretary of the party's General Council, Sergei Perminov, said on Monday.

"Initially, the voting went as usual. At 7 a.m. [04:00 GMT], an avalanche-like increase in attempts to vote began. After some time, technical support detected a DDoS attack in the form of attempts to submit votes from non-existent identifiers", Perminov said, as quoted by the party's press service.

According to the party official, it took them two hours to cut the main influx of such submissions, but it was enough time for a queue of valid voters to bulk up. The queue is now being gradually unloaded, Perminov added.

"We use the blockchain technology for the primaries and as a result, all data comes to us in an encrypted form and goes through several stages of verification. All ballots are anonymous — we do not have access to voters' personal information, which means that we cannot track the attack vector. Accordingly, we have to process all requests without exception. We are now increasing capacity, therefore, in order not to lose any of the valid votes", Perminov said.

The party official denied that the vote had been disrupted by the attack, adding that not a single valid ballot had been lost at this point.

Russia is scheduled to hold elections of heads of its federal territories and their legislative bodies on 13 September. United Russia's primaries launched online earlier in the day to run through Sunday.

United Russia is the only Russian party to hold primaries to nominate candidates for the upcoming elections. Voting this year is being held online on the party's website in light of the coronavirus pandemic.