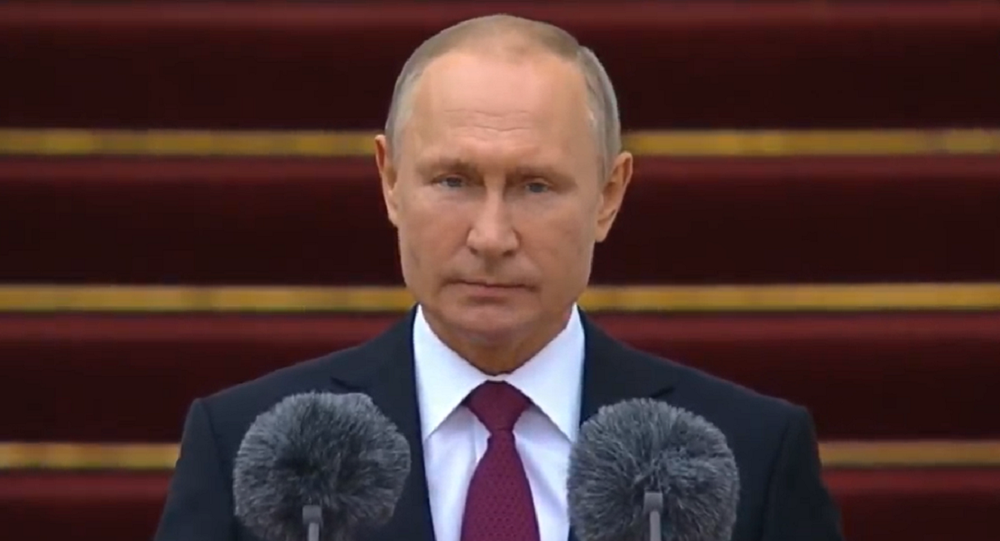 Over 60% of Russians Approve of Putin's Performance - Pollster

MOSCOW (Sputnik) - The number of Russians approving of President Vladimir Putin’s performance has been hovering above 60 percent, the head of the Russian Public Opinion Research Center (VTsIOM) told Sputnik on Saturday.

"The positive assessment of the president's performance in the past month has been confined to a narrow bracket of 61-63 percent. Trust in Putin during the same period remained within the 67-68 percent bracket," Valery Fedorov said.

Fedorov added that the pollster last conducted a survey to measure Putin's rating in terms of voter intent two years ago. He said the question of whether people planned to vote for him had since been replaced by an assessment of his performance and the level of trust in him.

Earlier the US news agency Bloomberg has reported, citing VTsIOM figures, that Putin's rating dropped to a record low of 27 percent in April as the coronavirus pandemic continues to weigh on the national economy.

The Russian Foreign Ministry slammed the report, showing that the real figures provided by VTsIOM, which Bloomberg claimed to cite, were altered in the report.

"The editors of Bloomberg continue to show complete disrespect for its readers. They probably hope that their audience will not check Russian sources and find a real WCIOM data", the Russian Embassy in the United States said on Twitter.

The editors of #Bloomberg continue to show complete disrespect for its readers. They probably hope that their audience will not check Russian🇷🇺 sources and find a real @WCIOM data

On Tuesday, Bloomberg published an opinion piece titled "How Putin's Russia Bungled the Pandemic" in which the author cites statistics, allegedly derived from the 2013 World Bank data, to claim that Russia has only 3.8 hospital beds per 1,000 population, while the OECD member countries have an average of 8.2 beds. The actual statistics of the World Bank, on the other hand, is complete opposite — it is 8.2 beds in Russia versus an average of 3.8 beds in OECD countries.

The Russian embassy in the US pointed to the mistake. Shortly later, Bloomberg corrected the figures in the article, with a footnote reading "Corrects to fix transposed labels in the chart titled 'Surgical Cuts.'"