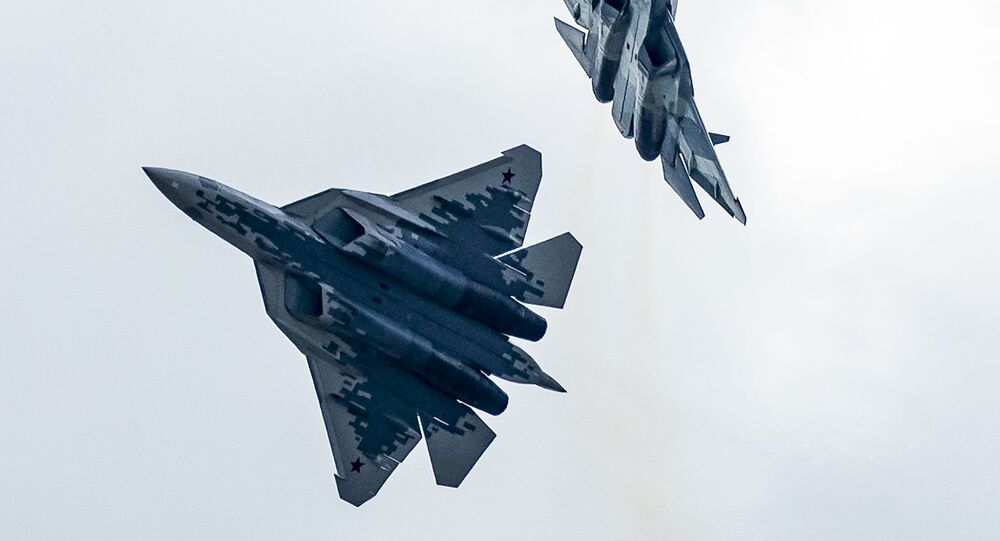 Earlier in 2019, the Russian Defence Ministry ordered 76 Su-57 jets during the International Military and Technical Forum. The jets are capable of tackling all types of air, ground or naval surface targets.

"During the state tests, the Su-57 fighter has completely confirmed almost all the requirements of the performance specification. The state contract on the delivery of 76 planes for three air regiments of the Aerospace Forces is being implemented in line with the supply schedule," Borisov said in an interview.

The Sukhoi Su-57 (formerly known as PAK FA, or T-50) is a fifth-generation jet that performs the functions of a strike aircraft and a fighter. The plane is capable of destroying all types of air, ground and naval surface targets, and is also highly maneuverable and equipped with modern avionics. It completed its first flight in 2010.

The Russian Ministry of Defence ordered 76 Su-57 fighters during the Army-2019 International Military and Technical Forum, having repeatedly said that Su-57 had done well during tests in Syria. Currently, trials are ongoing, checking on system function and the second engine's work regime.

The jet was improved based on the results of work done by the committee investigating the crash of a Su-57 jet in 2019 during a test flight. The crash took place on 24 December, and the pilot ejected safely.