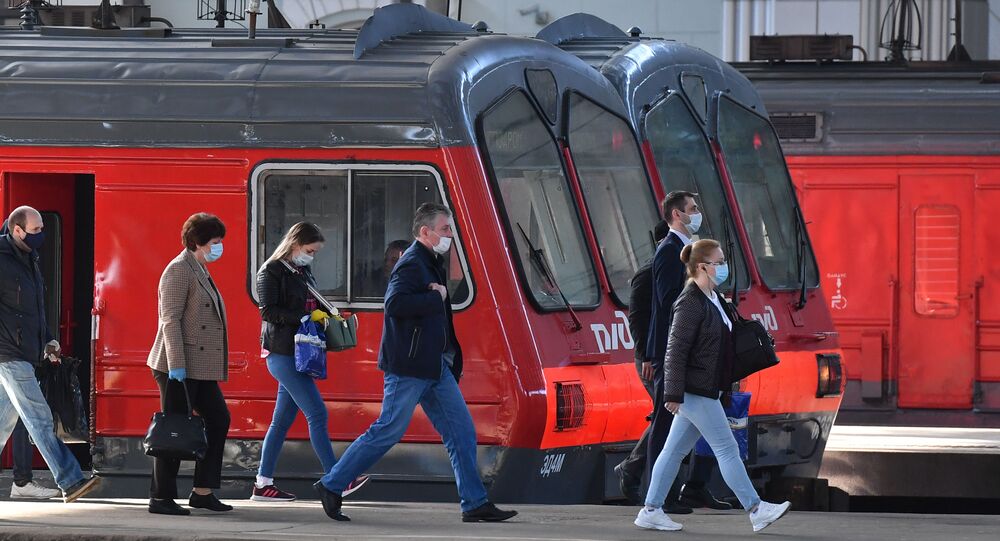 MOSCOW (Sputnik) - Allegations that the death toll from the coronavirus in Russia may be significantly lower than official statistics are motivated by malevolence and unprofessional hype, former Russian Chief Sanitary Doctor Gennadii Onishсhenko, who is now a lawmaker of parliament's lower house, said on Tuesday.

"Of course, it is such a motivated malevolence, it is useless. We will calculate the mortality rate after the end [of the pandemic], meanwhile, we are assessing the current situation, and when it is over, we will get the full picture. It is just unprofessional hype," Onishсhenko said.

The lawmaker said that the country's death toll from the coronavirus would be adjusted.

"The US counts its statistics in a little different way, they have a different calculation... The only thing I would ask you now is to pay attention not to the number of tests performed but the number of people examined. Because in case of illness of a patient, he can be discharged only if he is tested negative [for the coronavirus] at least two times," Onishсhenko said, noting that it is incorrect to add these repeat tests to the overall number.

According to the politician, the effectiveness of testing for coronavirus and the number of identified cases at an early stage of the disease can be increased if tests are conducted primarily among people who are at higher risk of infection — those working in public transport or trade. Identification of the disease at the early stages is among factors reducing the mortality rate, the lawmaker added.

© Sputnik / Николай Хижняк
Putin Says Russia's Coronavirus-Related Days Off Work to End Tuesday
As of Tuesday, Russia has registered 10,899 new COVID-19 cases in the past 24 hours, bringing the total count to 232,243 and making the country second in the global number of cases, behind the United States. Meanwhile, the death toll in Russia has increased by 107 to 2,116, and the total number of recoveries has risen by 3,711 to 43,512.

Other nations with a similar count of COVID-19 cases have a significantly higher death toll. For example, Spain has over 227,000 cases, including 27,700 deaths, while the United Kingdom has more than 224,000, with over 32,000 fatalities, according to Johns Hopkins University Coronavirus Resource Centre.

On Monday, the Financial Times newspaper reported that, according to its analysis, the total number of coronavirus-related fatalities in Russia could be 70 percent higher than the government’s official data show. According to the official figures, 629 people died from COVID-19 in April in Moscow and St. Petersburg, while the newspaper said that a total of 2,073 people died in the two cities, which is 72 percent more than the average number over the past five years — 1,841 people in Moscow and 232 in St. Petersburg.