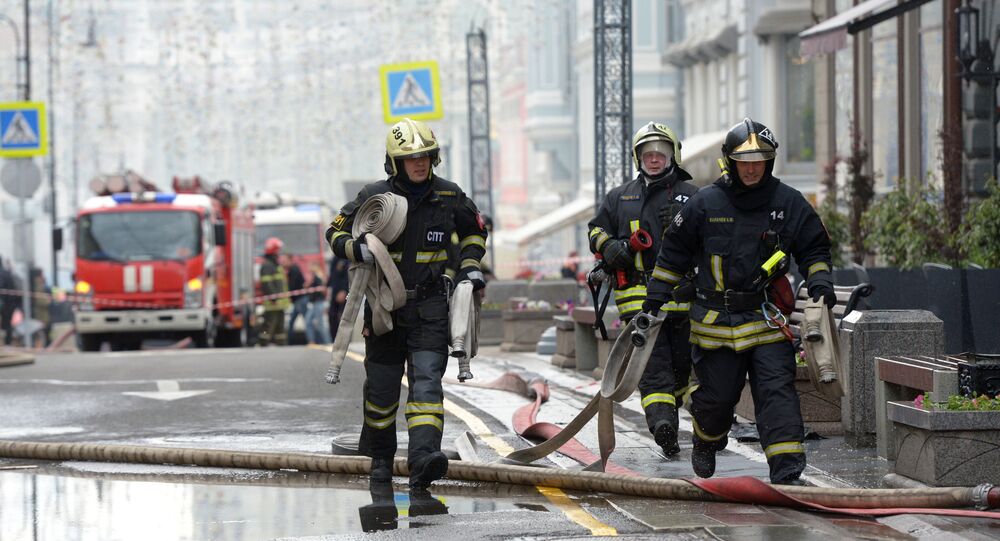 MOSCOW (Sputnik) - The deadly fire in a private hospice in Moscow region's Krasnogorsk could be caused by electric wiring malfunction, the Russian Investigative Committee's department for Moscow region said on Monday, adding that a criminal probe has been launched.

"A criminal probe has been opened into the death of nine people as a result of the fire on the territory of a private housing estate in Krasnogorsk, under article 'Fulfillment of works or rendering of services which do not meet safety standards'," the committee said in a statement.

The Russian Investigative Committee also expressed the belief that the electric wiring malfunction had likely caused the deadly fire.

A forensic medical and a technical examination will be held.

The fire, which hit the care home for elderly people in the early hours of Monday, killed nine people, and nine others were hospitalized. Emergency services told Sputnik that the blaze was likely caused by careless handling of fire. Local authorities say no hospice is officially registered in the private building.