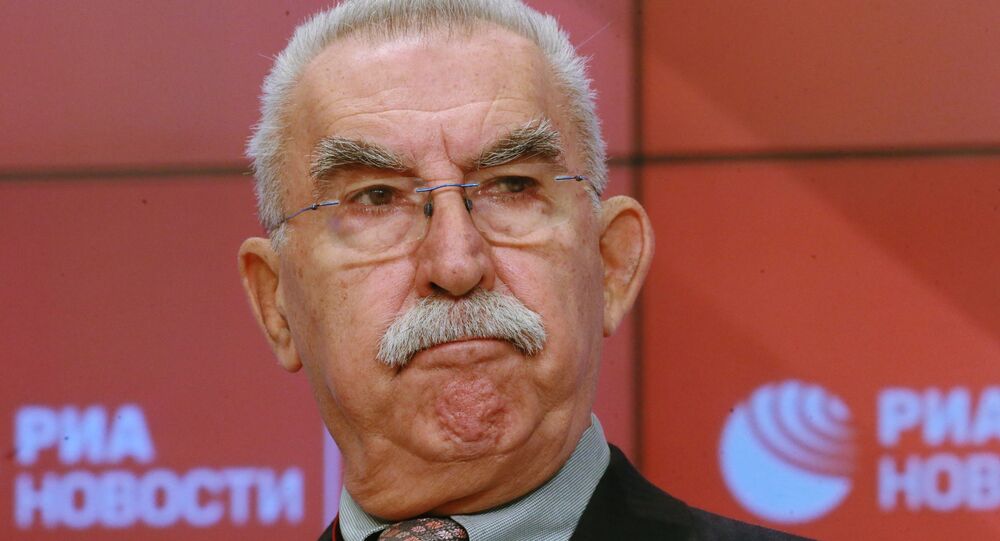 SIMFEROPOL (Sputnik) - The head of Crimea, Sergey Aksenov, has offered his condolences over the death of Italian journalist, author, politician, and frequent guest at the Yalta Economic Forum, Giulietto Chiesa, noting his courage in trying to speak up about Crimea.

"A talented journalist, writer, public figure, he was a great friend to our country, has repeatedly visited the Russian Crimea, participated in the Italian delegation at the Yalta International Economic Forum. Giulietto Chiesa, unlike many of his Western colleagues, was never afraid to go against the political conditions and told the truth about Crimea", Aksenov wrote on his VK page, noting that he personally knew the journalist.

The head of Crimea added that Chiesa did everything to convey the truth to the international community, to dispel propaganda myths, to break through the media blockade of the peninsula.

"I express my deepest and most sincere condolences to Giulietto Chiesa's family and friends. His blessed memory will forever remain in our hearts", Aksenov wrote.

Chiesa died on Sunday at the age of 79. The preliminary cause of his death is a heart attack.