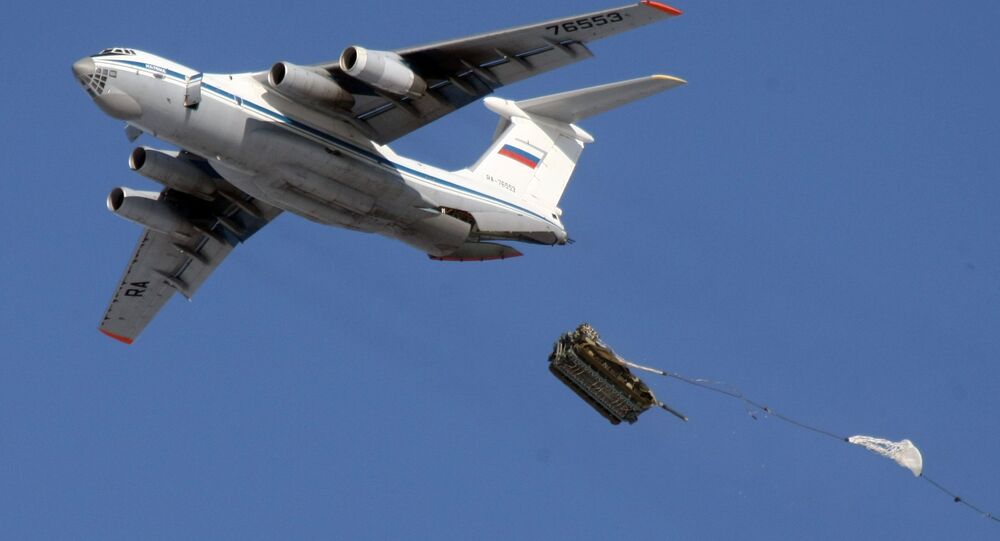 Military personnel from the Russian Airborne Forces, by order of Defence Minister Sergey Shoigu, performed a group parachute jump in the Arctic from an altitude of 10,000 metres, a never-before accomplished feat.

"For the first time in world history, we conducted a group landing of personnel using special parachute systems in Arctic conditions from a height of 10,000 meters using oxygen equipment and subsequently completed combat training missions. Nobody has done this before," Deputy Defence Minister Yunus-Bek Evkurov said.

The deputy minister said that the operation was carried out on the direct order of the Minister of Defence, Sergei Shoigu.

As noted by the Ministry of Defence, in addition to new parachutes, the military tested oxygen equipment, navigation devices, special equipment and uniforms. The jump was carried out from a Il-76 military transport aircraft.