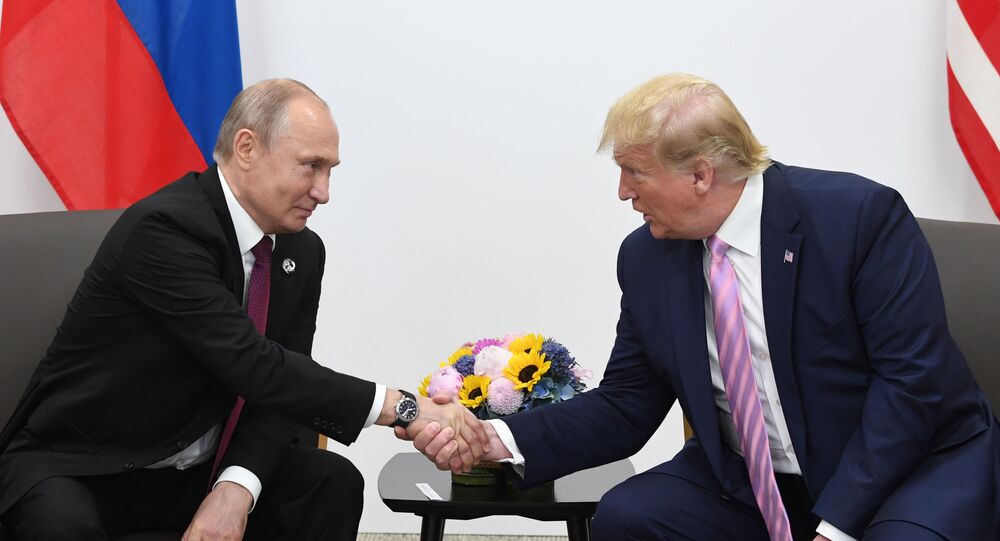 On 25 April, Russian President Vladimir Putin and US counterpart Donald Trump issued a joint statement marking the 75th anniversary of the historic meeting of Russian and US soldiers at the Elbe river at the end of World War II, underlining the importance of cooperating and building trust between the two nations.

The chief executive officer of the nation's sovereign wealth fund - the Russian Direct Investment Fund (RDIF)  - Kirill Dmitriev, stressed the importance of the joint statement by Vladimir Putin and Donald Trump for overcoming differences and standing together against global challenges.

"The Joint statement by President of Russia Vladimir Putin and President of the U.S. Donald Trump Commemorating the 75th Anniversary of the Meeting on the Elbe is important in order to overcome the differences in the face of global challenges,” Dmitriev stated.

Earlier in his op-ed for CNBC, Dmitriev called for restoration of Russia-US bilateral ties, focusing efforts on three areas: jointly fighting the coronavirus pandemic, reducing the impact of the global economic recession and developing a platform for future cooperation in confronting terrorism, nuclear proliferation and climate change.

The joint Putin-Trump statement came on Saturday and marks the 75th anniversary of the historic meeting of Soviet and US soldiers at the Elbe river, underlining the role of cooperation between the two countries, providing "the spirit of the Elbe" as an example.

"The 'Spirit of the Elbe' is an example of how our countries can put aside differences, build trust, and cooperate in pursuit of a greater cause. As we work today to confront the most important challenges of the 21st century, we pay tribute to the valor and courage of all those who fought together to defeat fascism. Their heroic feat will never be forgotten", the statement reads.

Elbe Day, marked on 25 April, 1945, was the day that Soviet and American troops met and shook hands on the damaged bridge over the river Elbe. The meeting meant that what was left of the Nazi regime had been cut into two parts, further weakening their quickly diminishing power and bringing closer the victory.