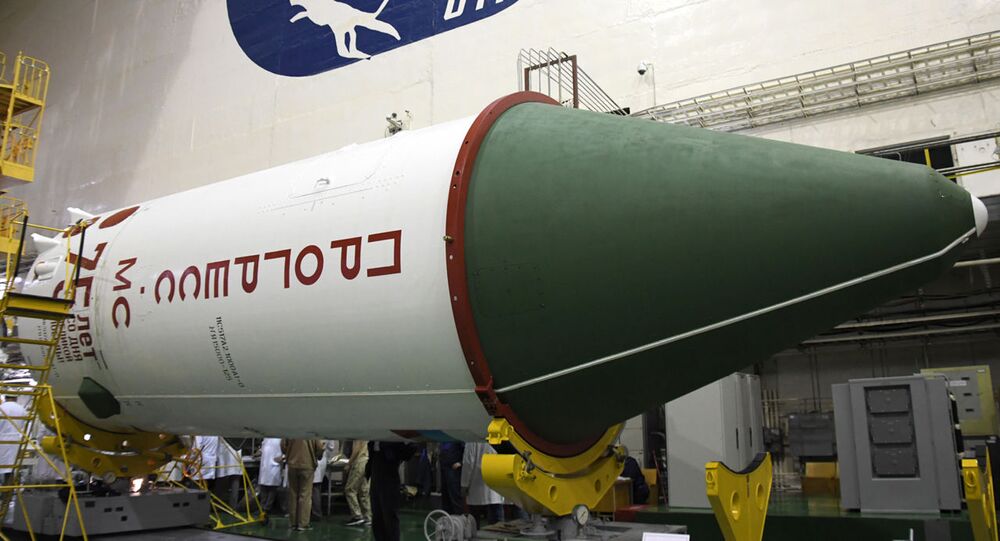 The cargo rocket MS-14 will deliver food, medical supplies, fuel and other equipment to the International Space Station, along with a flash drive containing the names of the Soviet soldiers who took part in the Second World War.

An MS-14 cargo spacecraft is docking at the International Space Station on Saturday.

Earlier, the "Victory Rocket" was launched from Kazakhstan's Baikonur Cosmodrome.

The flight is set to deliver food, medical supplies, fuel and other equipment, as well as a flash drive featuring the names of the Soviet soldiers who fought in the Second World War.

The Soyuz rocket is decorated with a St. George ribbon, the orders for the Great Patriotic War (WWII) and the logo of the 75th victory anniversary.