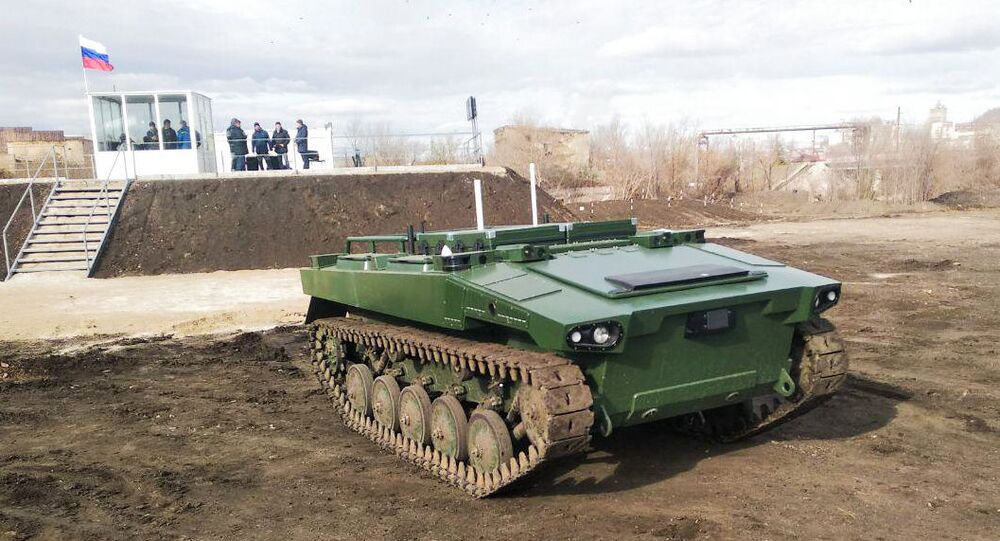 Testing of the state-of-the-art Russian robotic platform Marker, which was unveiled last year, is due to be completed before the end of 2021.

The Russian robotic combat platform Marker may be armed with a number of sophisticated unmanned aerial vehicles (UAVs), Vitaly Davydov, deputy director-general of the country’s Foundation for Advanced Research, said on Tuesday.

He explained that the Marker will be equipped with UAVs “providing both reconnaissance and destruction of enemy targets”, which Davydov said would be obliterated upon such drones’ impact with the objects.

Apart from the UAVs, the platform will be armed with a rocket launcher and a machine gun, he added, referring to Marker’s ongoing tests, which are set to wrap up before the end of next year.

According to Davydov, the Russian Defence Ministry is closely monitoring the implementation of the Marker project, which he said could add to better efficiency of the country’s Emergencies Ministry and the Federal Security Service, or FSB.

The project, which Davydov’s foundation is developing jointly with the Russian company Android Technology, was for the first time rolled out at the Magnitogorsk test site for robotic systems and complexes in October 2019.