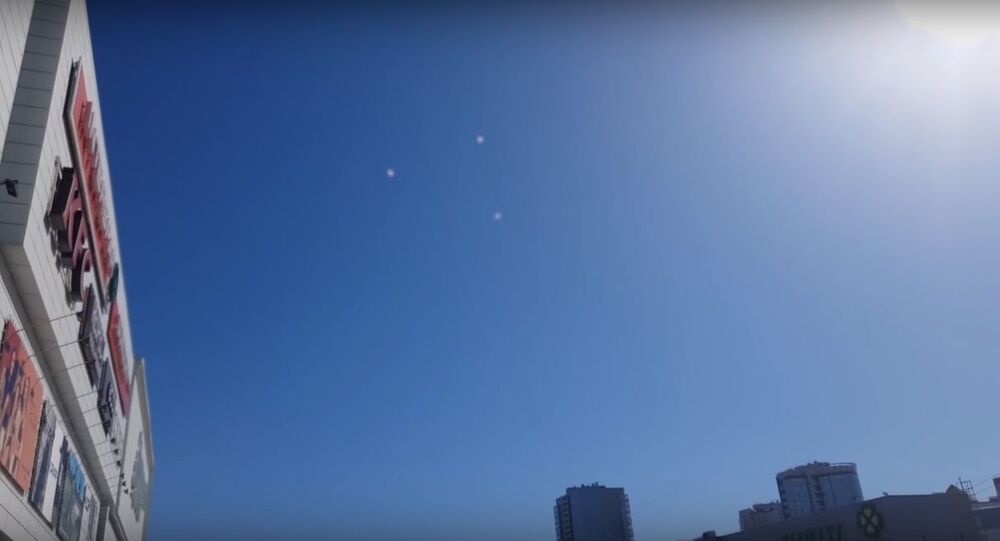 The 15-second clip immediately prompted netizens to start guessing about whether the video was a fake or something that showed an unidentified flying object.

A video of three mysterious bright spots lined up in a triangle above the Russian city of Tomsk in Siberia has been spread on social networking websites.

Tatyana Galushina of the Tomsk State University’s astronomy department suggested that the 15-second clip could have been doctored to make people believe that it was an unidentified flying object.

“The problem is that it’s hard to make any reliable conclusions from this video. I don’t rule out that it is a montage, but it could also possibly be some objects that reflected the Sun”, she said, referring to the clip's vrey low quality.

She added that “there’s nothing special” about the video which Galushina said showed “some kind of a man-made object” rather than a natural phenomenon.

The scientist also suggested that the clip could be the work of those who were confined to coronavirus-related self-isolation, trying to entertain themselves.

Netizens have ,meanwhile, remained at odds over the video, with some suggesting that it was a UFO, while others being more skeptical and claiming, in particular, that the spots were nothing but “three drones”.