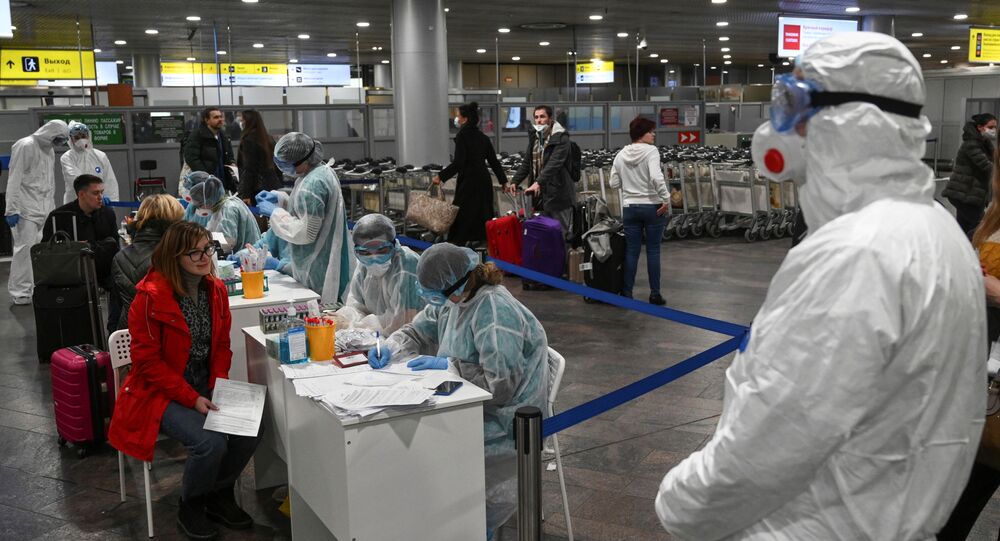 Russia has joined countries worldwide in combating the COVID-19 outbreak, with authorities introducing a series of medical and economic measures to stop its spread and deal with the economic fallout. The country has about 840 confirmed cases of the virus, most of them concentrated in Moscow.

Russia mustn’t let its guard down amid the global new coronavirus pandemic, and must be ready to deal with scenarios in which the virus explodes like an out of control nuclear reaction, Dr. Nikolai Malyshev, one of Russia’s most respected infectious disease specialists, has warned.

“We are preparing for an explosive development [of COVID-19] like a nuclear reaction,” Malyshev said, speaking on the 60 Minutes programme on the Russia 1 television channel on Wednesday. “At the beginning we saw an arithmetic addition in the number of patients. Now it’s already geometric, because over the past days the number of infections has increased almost three times,” the doctor added.

This, Malyshev noted, has prompted all regions to make preparations as best they can, including through the deployment of new hospitals and additional beds. The doctor believes such measures can help curb the epidemic and allow care to be provided to those who need it if a major outbreak hits.

“A huge number of people will get sick. Therefore, today we are talking about [making it possible for] doctors to make a diagnosis remotely using information technology,” Malyshev said. According to the physician, “the most important thing is to keep one’s wits about one, and to direct help precisely to those who need it.”

Russia has reported a total of 840 cases of COVID-19 across 18 regions, including three fatalities. Government measures to slow the virus’s spread have included halting international flights, quarantining infected individuals, asking people over the age of 65 and those with chronic ailments to self-quarantine, and other measures. Scientists have also begun work on vaccines after sequencing COVID-19’s genome. On Thursday, Moscow Mayor Sergei Sobyanin signed a decree suspending the work of city restaurants and shops, excepting pharmacies, grocery stores and other essential businesses. Some major parks have also been closed.

World Health Organization representative Melita Vujnovic praised Russia’s COVID-19 response on Thursday, saying it was in line with the organization’s recommendations and that Moscow has been “one step ahead” in its fight against the virus.

Putin at G20: World Can't Afford to Act in 'Every Man for Himself' Manner Amid Coronavirus Crisis