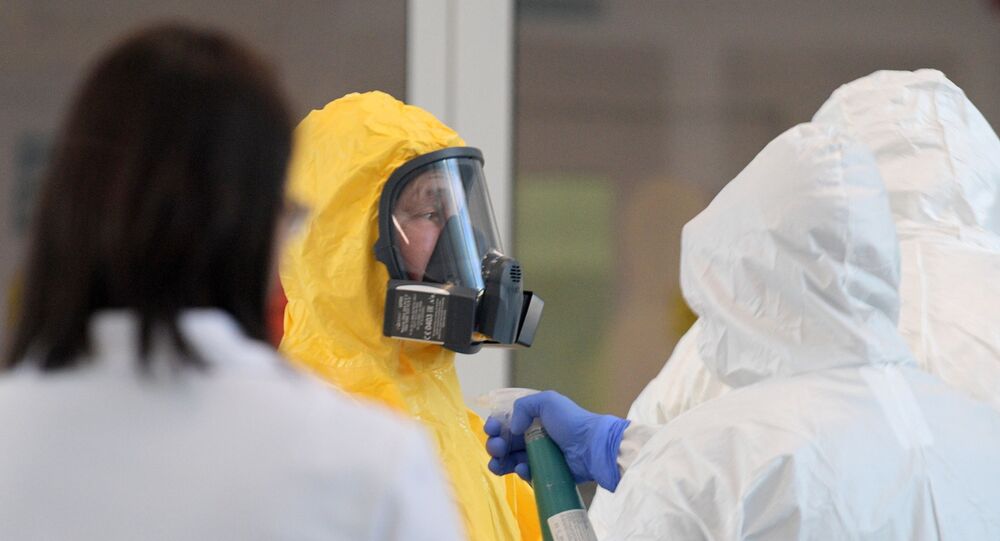 Russia’s president was spotted in a protective suit during a visit to a Moscow hospital for coronavirus patients, as the country is ramping up its response to the pandemic.

Vladimir Putin’s chemical coverall appears to have a price tag of just 2,700 rubles, or $35, according to the online store that sells the garment.

The Russian president donned a yellow hazmat suit, which has some strong ‘Breaking Bad’ vibe, on a surprise Tuesday trip to a medical facility in the Kommunarka area outside of Moscow that treats suspected and confirmed COVID-19 patients.

He was given protective plastic boots and gloves coupled with a respiratory mask, before meeting with patients and workers at the higher-risk section of the hospital.

Photos from the scene show the president wearing a lightweight Tychem 2000 C suit. It is made of a polyethylene-coated special material and is typically used in industrial environments to prevent contact with dangerous chemicals.

Kremlin spokesman Dmitry Peskov said that visiting the hospital was a personal decision by Vladimir Putin. “That’s what they gave [to him]. It doesn’t mean anything,” Peskov told reporters when asked about the colour of the suit.

The President spoke to the head physician and praised the medical workers for “work[ing] like clockwork.” They “know what to do, how to do it, have everything they need and can effectively use existing equipment,” he added.

There have been just under 500 cases of coronavirus confirmed in Russia, with just one death reported last week. Russia has shut its land borders and restricted air travel to prevent the spread of the pandemic.