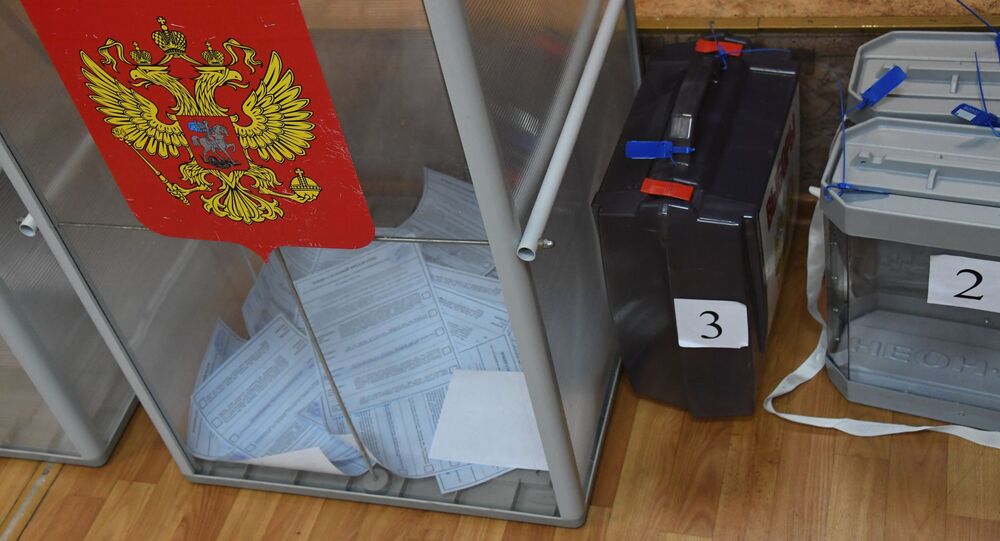 Last week, Russian President Vladimir Putin officially signed a law on introducing amendments to the Russian Constitution that now has to receive the support of more than half of those who participate in the all-Russian public vote slated for 22 April.

The head of the Russian Election Commission stated on Wednesday that if the situation around the novel coronavirus (COVID-19) worsens, the Russian authorities won't hold a vote on the constitutional amendments.

"I would like to stress once again that in case of a widespread pandemic, nobody is going to hold a vote, but advance warning is a good defence and we are all ready for preventive measures," Ella Pamfilova, the chairperson of the Central Election Commission of Russia, said, adding that relevant agencies were working very effectively.

The commission chief urged the media to avoid speculation on the topic and creating conditions for "artificial panic."

© Sputnik / Алексей Даничев
Russia's Constitutional Court: President Can Serve More Than Two Terms If Has Support of the People
In late January, Russian President Vladimir Putin submitted a bill to the Duma about amendments to the fundamental law. The amendments stipulate social guarantees and changing Parliament's authority, among other things. Moreover, these changes allow the incumbent president to seek re-election in 2024.

The amendments were passed earlier this month by both houses of Russia’s Parliament and signed by President Vladimir Putin later on.

The law will go in effect after receiving the support of more than half of those who participate in an all-Russian public vote slated for 22 April.