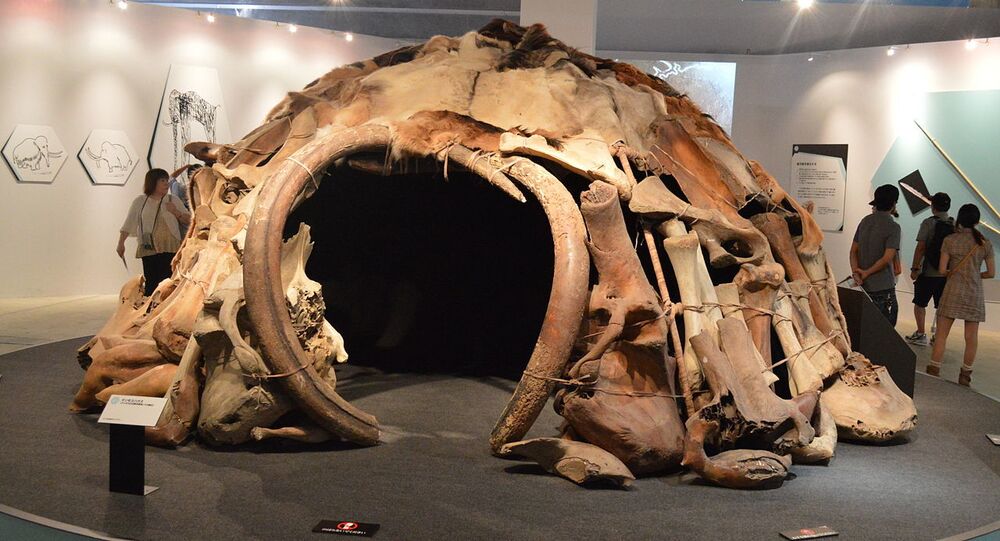 Dozens of similar structures, thought to be the dwellings of ancient hunter-gatherers, are scattered across western Russia and Ukraine. Most of them were abandoned as the most recent ice age reached its climax.

Excavations at an Upper Paleolithic site in Russia have revealed one of the oldest ice age structures made of remains of mammoths.

The village of Kostenki, an archaeological Mecca of sorts, is located on the west bank of the Don River in Voronezh Oblast, some 500 kilometres south of Moscow.

Its very name alludes to the Russian word “bone”, and mammoth bones have been discovered there since the late 17th century (one incorrect but curious theory at the time suggested they were the remains of Alexander the Great’s war elephants).

The area is home to some 60 ancient sites, believed to be the encampments of Paleolithic hunter-gatherers. Archaeologists from the University of Exeter have recently discovered that one of them, Kostenki 11, survived much longer than others.

Kostenki 11 is basically a circle with a diameter of 12.5 metres. It was made mostly of mammoth bones; the researchers have identified 51 lower jaws and 64 individual skulls of mammoths. Other remains at the site include bones from horses, bears, wolves, reindeer, red foxes, and arctic foxes.

Three large pits filled with large mammoth bones were also uncovered at the edge of the circle. The bones at Kostenki 11 were likely sourced from animal graveyards, and the circular structure was then hidden by sediment.

How old is it?

Radiocarbon analysis of those bones showed that they are around 25,000 years old, making it the oldest such structure built by humans discovered in the region, the archaeologists said in a press release.

The last glacial period, also known as the ice age, reached its peak conditions around 23-18,000 years ago. People had left most sites in the region and at similar latitudes by that time because of a lack of prey and plants, but Kostenki 11 survived for some time in a rigid, cold environment before it was eventually abandoned too.

How did people live there?

For the first time, the archaeologists also found remains of charred wood, seeds, and soft non-woody plants within the structure, which means that people there were burning wood and bones for fuel, and had also learned where to forage for edible plants during the ice age.

“Kostenki 11 represents a rare example of Palaeolithic hunter-gatherers living on in this harsh environment,” said study leader Alexander Pryor of the University of Exeter.

“What might have brought ancient hunter-gatherers to this site? One possibility is that the mammoths and humans could have come to the area on masse because it had a natural spring that would have provided unfrozen liquid water throughout the winter – rare in this period of extreme cold.”

Another thing that could have attracted people was the presence of conifer trees near Kostenki, which provided local communities with wood to burn in a cold climate.

“These finds shed new light on the purpose of these mysterious sites. Archaeology is showing us more about how our ancestors survived in this desperately cold and hostile environment at the climax of the last ice age.”

The new study also suggests that Kostenki 11 was not a long-term camp site as probably suggested, because activity there appears to have been less intensive than it would be expected from a permanent dwelling. Its purpose remains unclear.