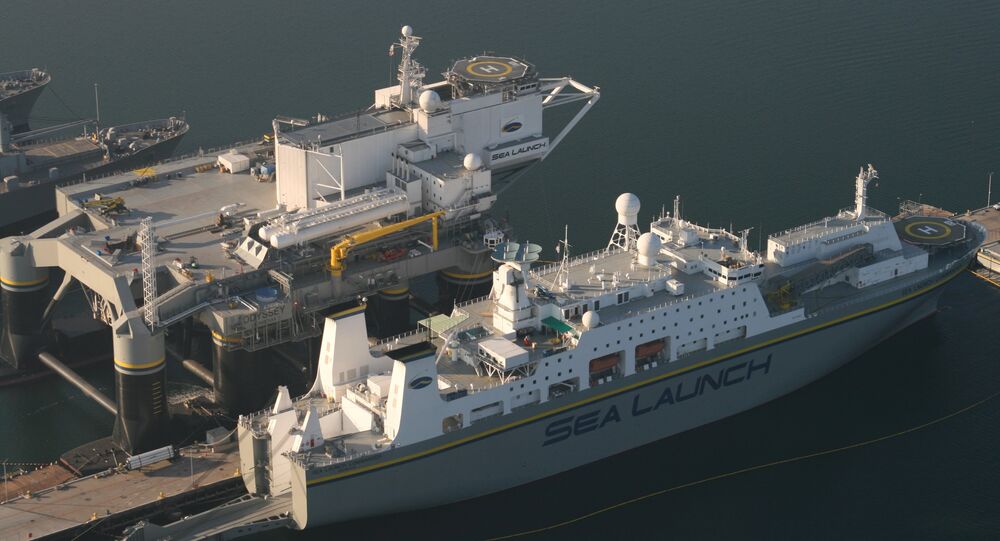 Sea Launch Command Ship Arrives in Russia From US

MOSCOW (Sputnik) - The Sea Launch Commander command ship, which left the United States at the end of February, has arrived in Slavyanka in the Primorsky Territory in Russia's Far East, according to global ship-tracking website https://www.marinetraffic.com.

The ship left the port of Long Beach near Los Angeles on 28 February.

The Sea Launch Commander is a mobile maritime spaceport, designed to launch commercial payloads near the equator using specially-made rockets.

The vessel, along with the Odyssey launch platform, is a part of the Sea Launch project, developed as a joint venture of companies from Russia, Ukraine, the US and Norway in 1995.

The project was used to deploy nearly three dozen commercial satellites into orbit between 1999 and 2014. In 2014, the joint venture was abandoned. In April 2018, the project was purchased by the private Russian airline and aerospace company S7 Group.

In 2019, Roscosmos head Dmitry Rogozin stated that the Sea Launch vessels could be relocated to Russian Far East's Sovetskaya Harbour to launch the Soyuz-5, a new rocket, being developed by the Progress Rocket Space Centre.